Home Audience For U & Me DevOps is Eating the World 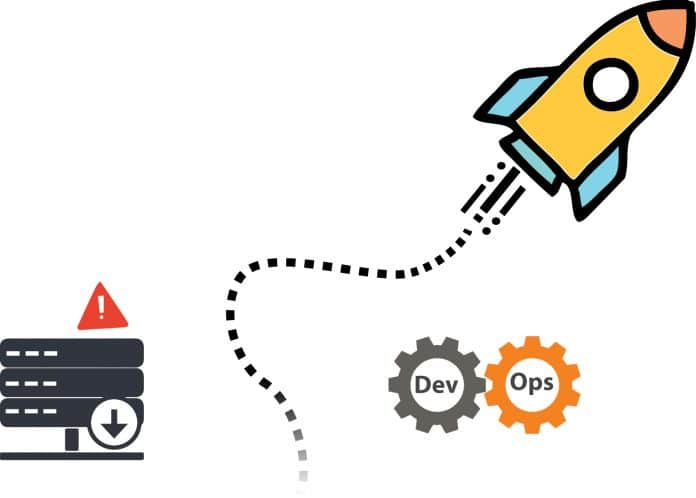 Ten years ago, DevOps wasn’t a thing. Now, if you’re not adopting DevOps practices, you’re in danger of being left behind the competition. Over the last decade, JFrog’s Liquid Software vision has driven a commitment to helping companies around the world adopt, mature and evolve their CI/CD pipelines. Why? DevOps powers the software that powers the world. Most companies today turn into Software companies with more and more applications to build and to update. They have to manage releases fast and secure with distributed development teams and a growing amount of data to manage.

Our Mission
JFrog is on a mission to enable continuous updates through liquid software, empowering developers to code high-quality applications that securely flow to end-users with zero downtime. We are the creators of Artifactory, the heart of the end-to-end Universal DevOps platform for automating, managing, securing, distributing, and monitoring all types of technologies. As the leading universal, highly available enterprise DevOps Solution, the JFrog platform empowers customers with trusted and expedited software releases from code-to-production. Trusted by more than 5,500 customers, the world’s top brands, such as Amazon, Facebook, Google, Netflix, Uber, VMware, and Spotify depend on JFrog to manage their binaries for their mission-critical applications.

“Liquid Software”
In its truest form, Liquid Software updates software continuously from code to the edge seamlessly, securely and with no downtime. No versions. No big buttons. Just flowing updates that frictionlessly power all the devices and applications around you. Why? To an edge device or browser or end-user, versions don’t really have to matter. What version of Facebook is on your phone? You don’t care – until it’s time to update it and you get annoyed. What is the current version of the operating system in your laptop? You might know, but again you don’t really care as long as it’s up to date. How about your version of Microsoft products? The version of your favorite website? You don’t care. You want it to work, and the more transparently it works the better. In fact, you’d prefer it most times if software would just update and you didn’t even need to click a button. JFrog is powering that change.

A fully Automated CI/CD Pipeline
The idea of automating everything in the CI/CD pipeline is exciting and groundbreaking. Imagine a single platform where you could automate every step from code into production. It’s not a pipe dream (or a dream for your pipeline). It’s the Liquid Software vision: a world without versions. We’re excited about it, and eager to share the possibilities with you.

The Frog gives back!
JFrog’s roots are in the many open source communities that are mainstays today. In addition to the many community contributions through global standards organizations, JFrog is proud to give enterprise-grade tools away for open source committers, as well as provide free versions of products for specific package types. There are “developer-first” companies that like to talk about their target market. JFrog is a developer company built by and for developers. We’re happy to support you.

JFrog is all over the world!
JFrog has nine-and-counting global offices, including one in India, where we have a rapidly-growing team with R&D and support functions. And, we’re hiring fast! (see open positions). Join us and the Liquid Software revolution!

We are a proud sponsor of Open Source India
As the sponsor of the DevOps track, we want to be sure that you see and have access to all the cool tools and methods available. So, we have a couple of amazing experiences you can enjoy:

He’s a developer and advocate for your communities, and he’s excited to join you.

The bottom line: JFrog is proud to be a developer company, serving your needs and the needs of the OSS communities around the globe with DevOps, DevSecOps and pipeline automation solutions that are changing how the world does business. We’re happy to help and eager to serve.

JFrog products are available as open-source, on-premise, and on the cloud on AWS, Microsoft Azure, and Google Cloud. JFrog is privately held with offices across North America, Europe, and Asia. Learn more at jfrog.com.