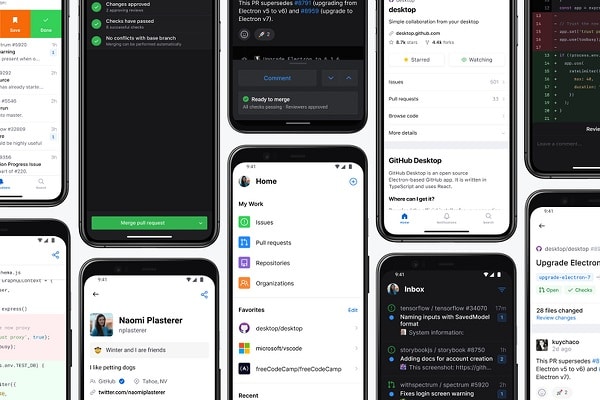 GitHub’s mobile app for developers and other team members working on projects in GitHub repositories is now available for users of iOS and Android.

Ryan Nystrom, director of engineering had announced the application November last year. Since then it was in the beta version.

Coding on a hand-held device is generally not a pleasant experience but this GitHub app has been aimed at all the other things that developers do, like raising or commenting on issues, approving pull requests, responding to notifications such as @mentions, etc.

Developers can reach down to pull requests and observe the part of code that has been deleted or added. The application also incorporates syntax highlighting for prevalent programming languages.

GitHub wrote the app independently for Android and iOS, using and Kotlin for Android and Swift for iOS. An intrinsic appearance and touch for both platforms has been favoured, instead of trying to develop a cross-platform UI or imitating the GitHub website. In an interview, Nystrom and GitHub designer Brian Lovin explained how they mocked up a design for one platform and had the team on the other platform replicate it with appropriate adjustments. The downside of the approach is that the app works differently from visiting the GitHub website with a mobile browser, meaning more to learn.

A regular grievance is that the application only works with GitHub, and not with custom installations of GitHub Enterprise Server. As of this writing, ratings are better for the Apple’s platform (4.9 over 520 ratings) than for Android’s (4.1 with 395 ratings).