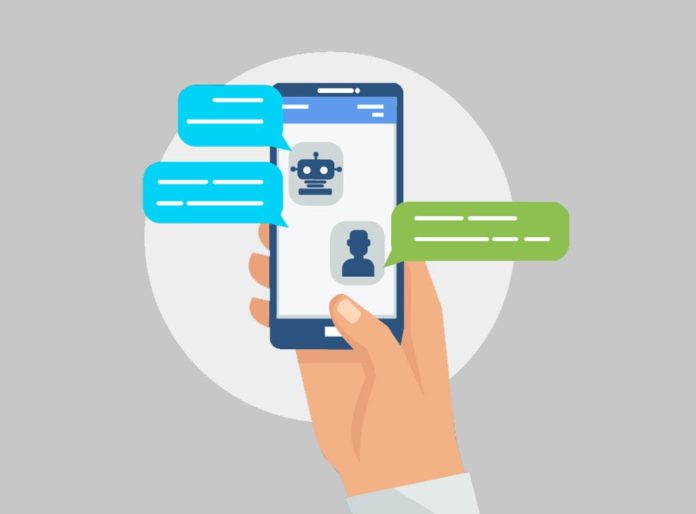 The Internet is full of articles about building chatbots on platforms like Telegram. However, in this article, readers get some insights on how to code for a chatbot in Python. Understanding the package used in this article will enable the adventurous to extend the functionality of this chatbot on their own.

To get started with building the chatbot in real-time, there are some prerequisites, which are as follows:

How the bot scheme works
You need to understand that there are three actors in the scheme — the bot user, the Telegram server that hosts the bot, and the bot controller (which is from the Python script that we write and execute).

Also, note that you can use the following two ways to control the bot.

Using @BotFather to create your bot
The steps in creating a Telegram bot are as follows:

(Some letters have been replaced with X to preserve privacy.) Figure 3 shows the process on the Telegram app.

The above URL has three parts: (1) https://api.telegram.org/bot ; (2) <your_bot_token> ; and (3) /getme. The first two parts of the URL will allow your browser to access your bot (which resides on the Telegram server) and the last part will give the appropriate command to your bot. Here the command is /getme and so it will provide details of your bot in the form of a JSON object (similar to a Python dictionary). Figure 4 shows this.

Now there are two ways to interact with the bot. The first is of course the method we used earlier, where we used a Web browser and a URL of the format https://api.telegram.org/bot<your_bot_token>/getme.

There is however a second method in which we can use a Python script to access the messages/ commands coming from the bot user to our bot hosted on the Telegram server. In the next section, we will look at creating a bot controller through a script written in Python.

This is shown in Figure 5.

To write the Python script, you can use any popular IDE. Some common ones are PyCharm, Visual Studio Code and Eclipse (with PyDev). You need to know some of the classes and methods of this library in order to truly understand how the code works. Remember, we are using the polling and not the webhook technique.

We shall use instances of (i.e., we will create objects of) two classes from the telegram.ext sub-module, namely, telegram.ext.Updater and telegram.ext.Dispatcher. The Updater class gets updates from Telegram and passes them on to the Dispatcher class.

When you create an Updater object, it will create a Dispatcher object for you and link them together with a Queue. This Dispatcher object can then be used to sort the updates fetched by the Updater according to the handlers you registered, and deliver them to a callback function that you defined.

The above para may be a bit confusing, so I have elaborated on it, as follows.

Step 1: Create an object (we will call it my_updater ) of class telegram.ext.Updater. To do this, you need to import the Updater class from telegram.ext. Also, when you create your Updater object, namely my_updater, you will need the HTTP API key for the bot you created earlier. The code to create this object will be like what follows:

Step 3: Here, we will write a function named start. So, whenever the bot user types a message /start, this function gets triggered. The way the Telegram package is written is such that when you write a function (like /start here), the Telegram server will pass it two attributes. So you must have two attributes in your function definition and by convention, these are called update and context. I don’t want to get too technical but for those interested, the attribute update will get an object of class telegram.update.Update. While the attribute context will get an object of class telegram.ext.callbackcontext.CallbackContext.

The attribute update is actually a Python dictionary. You can confirm this by putting a print(update) command somewhere in your get() function. This dictionary has a key named effective_chat and the value of this key is another dictionary, which contains keys like ID, first_name, last_name, etc. So, using a format of type update.effective_chat.id, you can get the ID of the chat. In our bot code, we will ‘extract’ three parameters of the bot user — (1) id, (2) first_name, and (3) last_name.

In this step, we will do the following things:

To make the code more readable and easier to follow, I have split this in two lines as:

But in the above scheme, there is one problem — you need to register this command, i.e., get() in the dispatcher. To do this, the module has a class Handler, and from this class many other classes are inherited such as CommandHandler, MessageHandler, etc. Here, since get() is a command, we will use the specific Handler meant to handle commands, which is Commandhandler. Note that the class Commandhandler sub-classes the class Handler, i.e., it inherits from the class Handler. So the scheme works like this.

You first create an object of class CommandHandler (I have named it start_handler) and pass to it the name of the command as the first parameter and the name of the callback function as the second parameter. So the line of code will be as follows:

The complete code for this bot is available on GitHub at https://github.com/ag999git/jupyter_notebooks/blob/master/telegram-bot.

Further extensions
You can improvise and extend the functionality of the bot. This bot accepts only one command, namely, /start. You can create a message handler. For that you will need an object of class MessageHandler. You can also try using Webhooks or install your bot on a remote server like Heroku, PythonAnywhere, etc.