Home Audience CIOs “India now ranks among the Top 10 countries in terms of the... 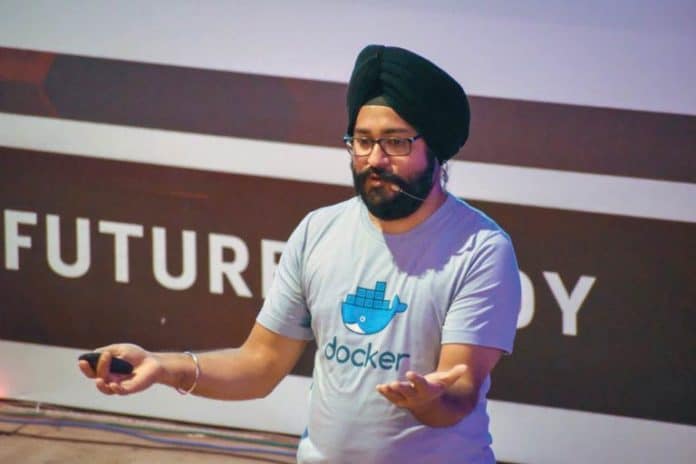 Ajeet Singh Raina’s journey as a community leader began with an introduction to Linux For You magazine (now Open Source For You). And he hasn’t looked back since then.
A Docker captain, he was awarded at Dockercon earlier this year for his contribution to the Docker community. Here is his take on what a community leader should do and the future of open source in the country.

Ajeet Singh Raina is an independent freelancer at Collabnix. His love for open source began very early when he was first introduced to it via Linux For You magazine (now Open Source for You). Raina recalls his college days when he tried out XandrOS for the first time. This excited him enough to explore the open source world further. He then tried out almost every single distribution/software that was bundled with the magazine, for a couple of years.

Raina says, “If you ask me the definition of open source software (OSS) in 2020, it is no longer limited to just inspecting, modifying and enhancing the source code. Today, the open source space is all about coming together, collaborating and building the community. If you think that building community is just about grouping like-minded people in one place, then you are half-right. The other half involves a lot more. Cultivating a community is an art. It requires a massive dose of LEAD (listening, engaging, analysing and development). That’s the primary reason why I like open source and get involved with my massive community almost every day — over Slack, GitHub, LinkedIn and Twitter.”

“Individually we gain expertise, together we transform!’’
Raina tells us that Docker, Kubernetes, the cloud and IoT are the four major areas in the open source domain that he has been involved in for the last five years. As he is a Docker captain, he is active in day-to-day interactions with other captains over Slack, coming up with better ways to improve the product for the community.

Raina says, “I have contributed in different ways to Moby-umbrella projects like Docker, LinuxKit and Docker Desktop in the past — by doing testing and contributing blog posts around the new releases. In the IoT space, I am currently working on two projects.” One is based on Pico, which is all about object detection and analytics using Docker, Raspberry Pi, Apache Kafka and AWS Rekognition Services. The other project involved building a CherryBot — a payload delivery robot.

As a community leader, Raina has explored a range of subjects. He believes in the mantra, “Individually we gain expertise, together we transform.” In 2015, he started building the Docker community by blogging. He started a personal blogging site called www.collabnix.com. The site bagged the ‘Most Read Blogging Site’ award for the first time in 2016 from Docker Inc. The same year, Raina became a Docker captain.

Raina adds, “Docker captain is a distinction that Docker awards select members of the community who are both experts in their field and are passionate about sharing their Docker knowledge with others. Captains are basically Docker ambassadors (not employees). I was invited to the Docker Distributed Summit in October 2016 for the first time where I got a chance to meet Solomon Hykes, the founder of Docker, in person.”

“The five-minute talk with Solomon was sufficient enough to excite me about growing this amazing Docker community, and that was the time when I expedited my blogging frequency from a monthly frequency to writing every week about new releases and keeping the community excited,” he adds.

Raina then went on to bag the ‘Tips of Docker Captain’s Award’ at Dockercon 2019 for active contribution towards the Docker community. He recalls that it was a rare moment in his life, receiving this award from Steve Singh, ex-CEO of Docker Inc., in front of an audience of 5,000 during Dockercon which happened in San Francisco, California, USA. “I won the ‘Docker Community Award’ early this year in 2020,” he adds, with pride.

“Listen to all the viewpoints within your community”
Raina bagged the Docker Community Leader award for growing the community to 10,000+ members. Early last year, Raina introduced his personal Collabnix Slack channel to all DevOps communities and today, it has close to 4000 members.

But the road to success has not been an easy one and there have been challenges. Raina tells us that he runs a Docker Bangalore community of around 10,200+ members. This is one of the largest Docker communities in the world.

Raina says, “Forward thinking and setting sustainable goals to keep up with the latest technological trends are two major challenges that I usually faced as a community leader over the recent past. With the advent of container technology, new tools and technologies are emerging at a faster pace. Being a community leader, I always need to spend a considerable amount of time learning new technologies, collaborating with community members and then encouraging them to talk about things at the meetups and conferences in order to grow the community.”

Raina’s take on what makes a good community leader is: “Empathy, forward-thinking, consistent dedication, eagerness to learn and lead, honesty and interpersonal skills are some of the important qualities that a community leader must have.” 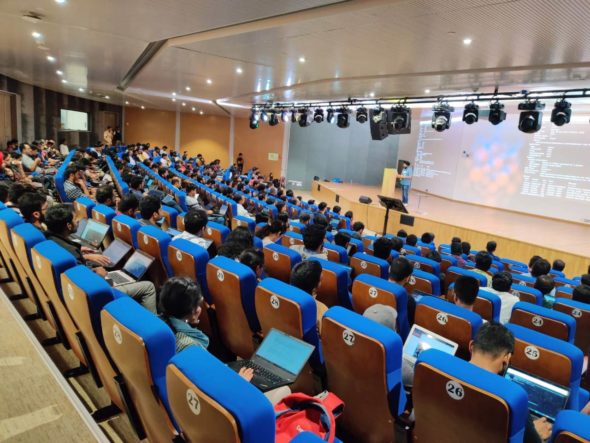 With challenges come opportunities too. Raina says that he overcame many challenges by regularly listening to feedback from his community members. After every meetup or event, he gathers feedback and suggestions from the community and tries to act on them as soon as possible. He also keeps the community excited about the latest trends via Slack, LinkedIn and Twitter. He says that he has around 10,000+ organic followers on LinkedIn and close to 4,800+ active followers on Twitter. This makes it easier for him to gather feedback from the community.

Raina recounts some of the issues he faced while starting out in the open source domain. He says, “The speed of change, the long-term viability of companies developing OSS and the lack of ownership of the code are the primary challenges I faced when I started out in the OSS domain. To overcome these problems, I started tracking of pull requests more frequently, keeping a close watch over GitHub issues as well as new releases and features.”
As a part of the ARM Innovator Programme, Raina is now working on a robotics project called CherryBot. This is a payload-carrying robotic vehicle with GPS, an NVIDIA Jetson Nano board, cameras and sensors. There are plans to launch it by the end of this year. He has also started the IoETPlanet.com, a collaborative platform to bring IoT enthusiasts together for the first time under a single umbrella where they can learn, collaborate and contribute.

Raina adds, “If you look at Stack Overflow’s recent survey results, India represents the second largest developer base on this site. As per the report, developers in India are the most likely to say their organisations are using blockchain technology. I am confident that within this decade India will become the largest base of developers. Let’s not forget that India now ranks among the Top 10 countries in terms of the number of open source projects.”

But there are ways in which the country can improve still further. Raina insists that the AICTE (All India Council for Technical Education) should introduce new courses on some of the emerging technologies like Docker, Kubernetes, serverless and IoT to upskill students and get them ready before their job searches. Second, it should encourage students to use Slack or IRC to spend more time with open source developers while they are studying for their engineering degrees.

Apart from certification courses and exams, contributions to OSS also count
Raina adds, “It is really important for companies in India to identify what open source software they are using and whether they are in compliance with all the licences. If MNCs buy open source software to run their desktops in-house, and they do not sell that product, there is probably no danger of violating the terms of the OSS’ licence. Often, however, companies are at risk if they incorporate open source software tools into a product they end up selling.”
Raina has a smart tip for all engineering students. They should not limit themselves to just taking certification courses and exams, but also contribute towards open source software. “We are still lagging behind in terms of the number of open source projects; hence, we need to get more involved, contribute, collaborate and convert ideas into URLs,” Raina says.

Regarding the future of open source, Raina says, “If you ask me to name one open source tool that every cloud vendor unanimously relies on today, it is Kubernetes. It is making multi-cloud adoption painless. With the emergence of the Cloud Native Computing Foundation (CNCF), Docker and Kubernetes, the future of OSS looks promising. CNCF is part of the non-profit Linux Foundation and serves as the vendor-neutral home for many of the fastest growing open source projects, including Kubernetes, Prometheus, and Envoy. It brings together the world’s top developers, end users, and vendors and runs the largest open source developer conferences. Undoubtedly, open source software is a key enabler in all the areas of technology that we encounter now and in the future.”