Home Audience For U & Me Organise Your Photos with digiKam 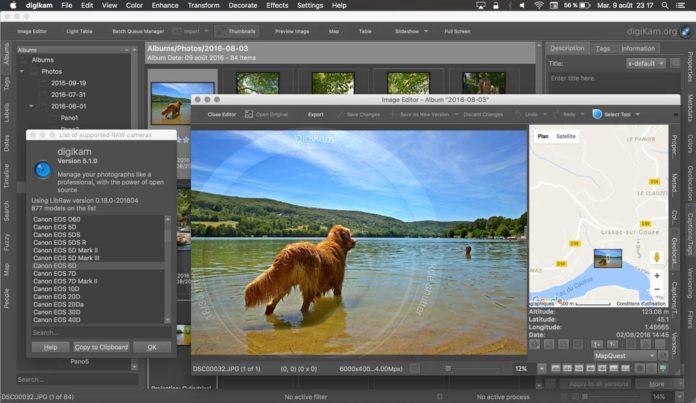 digiKam is a simple, well-designed photo management tool, which allows us to import and organise digital photos easily. It is an open source image organiser and tag editor written in C++, and is very easy to use.

If you do not have digiKam installed, you can download it for Linux or Windows from the digiKam download page. It may happen that your OS doesn’t have the latest version, but there’s nothing to worry about, as digiKam is a complete and stable application. So unless you’re looking for an exact feature that only exists in the latest version, an earlier version is fine, especially if you are just a beginner.

After downloading, when you first launch digiKam, you will get a brief setup wizard (see Figure 1).

Read the screen carefully to decide what you really want because this can affect the performance and file size. But don’t worry, as all the settings can be changed later. So, if you are not sure, it’s better to accept all the default settings.

The preliminary launch of digiKam will be slow because it will analyse the photographs in your album and record information of each one. The time taken will totally depend on the number of photo albums in your system. It may run overnight too, if the album is large.

Interface
The design of digiKam is quite simple, particularly if you are a KDE customer. The fundamentals are easy to understand — on the left are panels that manage how you view photos, in the middle are the photos, and effects and filters are on the right.

The default view of digiKam is a file system view that shows the directory, which you have defined as your picture folder while installing it. digiKam refers to whatever directories it finds in your defined picture directory as an album. It parses each image file with its native metadata, as well as with the metadata digiKam allows you to add, into a thumbnail view.
After selecting the album, the photos within that album are displayed as an array in the right panel. There are also a lot of other ways to view your photos; they are all accessible as vertical tabs. Apart from the view, there are other features as well, as listed below.

Tags: These filter your photos by arbitrary metadata tags. At the start, there won’t be any tags, but you can create them in the Tag Manager interface and allocate them to pictures. After assigning the tags, when you click on one from the Tag panel filter, it shows the photos that are assigned.

Labels: These filter your pictures according to how many stars you’ve given to a photograph. There are other types of labels too, such as colour labels and flags — all user-assignable from the thumbnail view.

Facial recognition: This feature acknowledges faces, and can even guess their identity. Initially, scanning your whole collection of photos from the beginning will take a while, but once it is done, digiKam will quickly analyse a new photo when it is added. So, at the start, have some patience while using digiKam.

digiKam also has other filter options, like fuzzy searches to find similar images, a sketch search to try to match a photo with a rough drawing of what you’re looking for, and more.

Editing and effects
digiKam has a built-in editor for most common  and touch-ups. To use these effects, select any photo and click the Image Editor button at the top toolbar. This opens a new window for dedicated editing. In the Image Editor interface, you can start editing your photos by using the functions. You can use these functions by selecting the effect from the window menu or the Select Tool button in the top toolbar.

digiKam offers all the usual effects like colour balance, saturation, levels, red-eye removal, and so on. Special effects are included too, such as textures, oil paint filters, borders, film grains, film emulation, and many more. You can try all of them as they are free, and these changes will not alter your photos until and unless you save the changes. Every filter and edit can be undone from the edit menu, but only in the order these were applied. As an example, if you have used a colour balance filter and then used vivid effect, you can remove the latter only after removing the former. So it works in a first in first out manner. To see the effects that are applied on a picture, click the visioning tab on the right side of the Image Editor interface and then select the Used Filter tab.

Once you are finished with the editing and selecting the effects, save the changes directly to your original photo, or make a copy of it and then save it. You also have the option to view the earlier version of your photo from the thumbnail view if you have made changes in the original photo.

digiKam also has handy export options, depending on how you set it up. Certain export options require additional libraries that you may or may not ever need. You can choose any of these for exporting libraries, like Piwigo, email, Flickr, Google Photos, Google Drive, Facebook, MediaWiki, SmugMug, raw HTML, Debian Screenshots, any remote computer you have an account on, and many more.

digiKam is a very easy and simple photo management tool. It has all the features and add-ons that such a tool needs. This article has only given some basics about it. There is so much more to explore such as the batch queue processing system. digiKam isn’t just an efficient photo management tool, it’s also fun to use. It brings your photos to life, searches directories of pictures to find the really good ones, and offers you ways to make them better.
So if you are looking for an easy-to-use photo editor/manager that has a range of features, just get digiKam.