Home Audience Beginners The Latest Trends in the Programming World 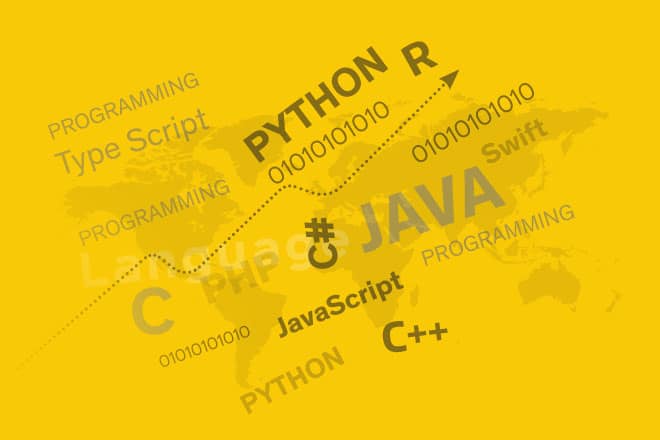 The beginning of a new year is when one takes stock of things. In this article, the author uses four popular ranking schemes to arrive at the top ten programming languages of 2021.

From our top 10 list for 2019, Objective-C has been replaced by TypeScript in 2021. Notice that there is a parallel scripting language, also called Swift, but the one included in our top 10 list is Swift developed by Apple Inc. Also note that Visual Basic, Groovy, Ruby, CSS, Arduino language, Go, MATLAB, and Objective-C all have one top 10 finish each. Groovy is ranked 10th in the TIOBE Index but in two other rankings it is ranked 25th and 40th, and in a fourth ranking it couldn’t make it to the top 20. This clearly indicates how the individual biases by various ranking schemes can affect the final rank of a programming language, except maybe of the very popular programming languages like C, C++, Java, Python, etc.

Now let us see which programming languages are steadily losing their ground. In 2019, after consulting all the four rankings, I opined that Ruby and Perl are going down in popularity. But I am not so pessimistic about Ruby now. As it is still ranked 7th, 11th, 15th, and 15th in the four rankings, I don’t have the courage to say any more that Ruby may not have a bright future. But I still am pessimistic about Perl. It is ranked 17th, 18th, 23rd, and 30th in the four rankings. Moreover, in October 2019, Perl 6 was officially renamed as Raku and is now considered a programming language that is independent of Perl (Perl 5). So, I believe that if anybody wants to learn Perl newly in 2021, they should consult an expert and make sure that they have made the right choice. Though ranked 8th, 11th, 18th, and 28th in the four rankings, I have doubts about the future of Objective-C also. The rising popularity of Swift, which is similar in spirit to Objective-C and targets the same audience — mostly Apple iOS and macOS developers – is the reason for my scepticism about the future of Objective-C. So, I believe, if somebody is going to learn this language afresh in 2021, they should consult an expert and check if learning Swift is more beneficial in the long run. Of course, I could be entirely wrong about Perl and Objective-C and might be eating my words, again, the next time I write about the popularity of programming languages.

With the initial version released in June 2014 and being a permanent fixture in our top 10 list of popular programming languages for the years 2017, 2019, and 2021, there is no further need to justify the inclusion of Swift in this list. TypeScript, whose initial version was released in October 2012, has entered our top 10 list for the first time in 2021 and hence the inclusion in this list too is justified. With one top 10 and three other top 20 finishes in the four rankings, and an overall increase in the ratings in all the four rankings, Go (first released in November 2009) also remains a very promising programming language. Rust has three top 20 finishes and still looks promising. Kotlin also has three top 20 finishes. Though Dart has just one top 20 finish, it has two other top 25 finishes and the ratings are increasing, though marginally. With the support of Google, Dart might also become more relevant in the future. Julia also has one top 20 finish and two other top 25 finishes. But being mainly used for scientific computing and numerical analysis, Julia stands apart from the other promising languages and hence is still very significant.