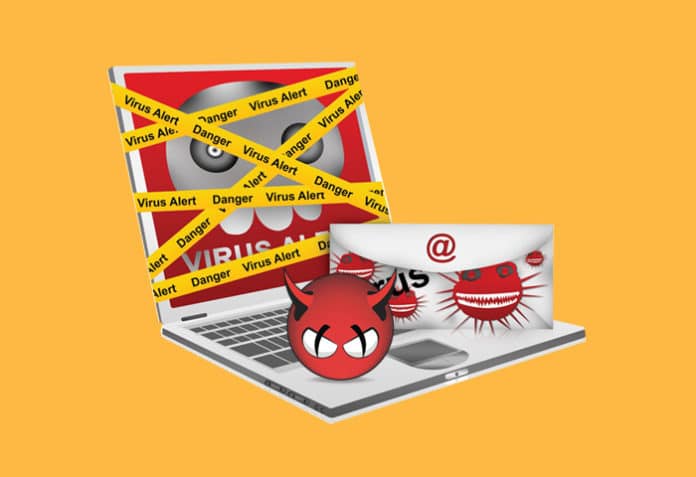 Malware is computer software that can lead to serious disasters, ranging from vital data loss to a network security breach. It can infect a client computer or a server by means of data transfer, and only sophisticated antivirus software can scan and detect this in real-time. This article describes various types of malware that can affect computer systems, and how ClamAV can be used to mitigate their effects.

There is a lot of antivirus software available in the market for use, but not all of it is free or open source. One such open source software is Clam AntiVirus (ClamAV), which stands out because of its features and effectiveness. ClamAV was first developed for the UNIX operating system but now is also available for AIX, BSD, HP-UX, Linux, MacOS, OpenVMS, OSF (Tru64) and Solaris.

ClamAV does not include any graphical user interface (GUI); it uses only a command line interface. However, various third party developers have developed a GUI for this antivirus for different platforms. For Linux, the ClamTk GUI is used to work with the ClamAV command line antivirus and it’s also free to use. ClamXAV is another GUI used for MacOS but it’s not free (trialware).

For Windows, various GUI apps have been created, which include Immunet, ClamWin and Clam Sentinel. Immunet is a free cloud-based app that works with ClamAV, and is developed and maintained by Cisco. ClamWin is another free front-end made for Microsoft Windows by ClamWin Pty Ltd. This Windows GUI can make ClamAV do on-demand (user started) scanning, automatic updates, scan scheduling, context menu integration to Explorer, and an add-in for Microsoft Outlook. However, ClamWin does not provide on-access scanning and needs additional software to do that. ClamAV can also be used with Mozilla Firefox using a plugin that works with ClamWin to scan downloaded files. Clam Sentinel is also a free GUI app for Microsoft Windows that works with ClamAV.

It runs in the system tray and can detect any file system changes. It scans the modified files using ClamWin in real-time. It can run on Windows 98/98SE/ME/XP/Vista/7/8 and has a real-time scanner for ClamWin. It also features optional system change messages and proactive heuristic protection. Heuristic analysis is used by many antivirus software to detect unknown viruses using various decision rules and weighing methods. ClamAV, too, uses this type of protection.

ClamAV is mostly used for email scanning and is actually a framework, which provides a protection engine that can be connected to a Message Transfer Agent (MTA) like Sendmail, PostFix, etc. It’s an excellent email gateway AV deployed by ISPs, telecom service providers, and Web hosting companies. It’s also used by many AV gateway vendors like Barracuda and OS vendors like Apple.

Types of malware
Malware is a computer program or software that contains a bug (created intentionally or because of bad coding), which can cause harm or access to a computer system or data, without the consent of the user. Various types of malware include computer viruses, worms, Trojan horses, ransomware, spyware, adware, rogue software, wiper and scareware. Among these malware, computer viruses and Trojan horses are most commonly used to harm a computer, and are spread through Internet files and computer games.

The techniques used by antivirus or anti-malware software
Malware may be of various types and could give many kinds of problems. To get rid of any such malware, we need powerful antivirus software. An antivirus or anti-malware is software that is capable of preventing and detecting a malware, but may not always be able to remove it. It was first developed to detect only computer viruses because these were the more common types of malware attacks initially. That’s how it got the name ‘antivirus’. But nowadays, such antivirus software is also capable of dealing with many kinds of malware; so now such software can also be termed as anti-malware. Reaper was the first antivirus program created by Ray Tomlinson in 1972 and was capable of deleting the Creeper virus.

Antivirus software works mainly using signature and behavioural based techniques. In signature based detection, when any new malware is discovered by researchers, its file signature is extracted and added to the database of the antivirus. During a security scan, the antivirus checks for similar signatures in the files it scans, and if any match is found then it’s detected as malware. In behavioural detection, the algorithm or the intention of a malicious program is understood and all suspicious behaviour is added to the database of the antivirus. During the execution of a file, the antivirus monitors the executed program and tries to find behaviour that matches with the database. If any match is found, it’s detected as malware. Besides these two techniques, other methods like sandbox detection, data mining techniques, heuristic analysis, rootkit detection and real-time protection are also used.

Sandboxing uses a virtual environment to run the suspected program and isolate it from the real environment. It then checks the behaviour of the program and compares it with the database; if any match is found, it is flagged as malware. This method is safe and protects the system from any malware attack.

The data mining technique uses machine learning algorithms to classify malware based on its behaviour.

Heuristic analysis is a technique used to identify the genre of a virus or malware. Usually, attackers can create variants of a virus and there can be a family of similar viruses, forming a genre. It is easier to identify the signature of the genre than to detect a specific virus. Heuristic analysis creates the signature genre of various families of viruses based on their behaviour, which is stored in the database of the antivirus. When the behaviour of a program matches the genre of a virus, it is flagged as a virus belonging to that family.

Rootkit detection is used particularly for malware called rootkit, which can take administrative control over the computer. A rootkit can tamper with the antivirus, disabling it, and is also sometimes very difficult to remove. A real-time antivirus scans each and every process executed in the background in real time. This protection is very important and prevents unwanted malware from being activated.

Whatever technique is used by the antivirus software, the most challenging thing is the prevention of any false positive detection. Many programs may behave like malware or carry a file signature that looks like malware, but never do any harm. But many antivirus or anti-malware software sometimes detect such programs as malware.
For example, here is a C program using the printf() function:

The following code is written by replacing printf() with puts():

The above code can be compiled and run without any malware detection. This is because printf() has uncontrolled format string security risk, and it’s possible to carry a malicious act of printing data from the call stack or possibly other locations in memory using format tokens like %s and %x. One can also command printf() to write arbitrary data to any location using the %n format token, and also write the number of bytes formatted to an address stored on the stack.

Pros and cons of ClamAV

Even though ClamAV is a powerful protection engine and uses various techniques for malware detection, the false positive is always a concern for the user. However, some antivirus testing companies have tested and found it to be good. The Shadowserver Foundation (a non-profit security organisation) tested ClamAV for six months in 2011 and found that it was able to detect 75.45 per cent of viruses, putting it in fifth place behind AhnLab, Avira, BitDefender and Avast. AhnLab, the top antivirus, detected 80.28 per cent of viruses. Another antivirus testing company called bestantiviruspro.org reviewed and gave a 5 star (value for money) rating with a score of 72 per cent to ClamAV in 2021, when compared with other commercial antiviruses like Comodo, Windows Defender, Eset and Sophos.

ClamAV architecture
ClamAV works mainly with a virus detection service, virus database and the freshclam tool. The freshclam tool helps ClamAV to update its database, and it can be configured using the freshclam.conf file. This tool can be configured to work either in interactive (on demand from command line) mode or daemon (silently in the background) mode. It supports scripted updates (instead of transferring the whole CVD file at each update, it only transfers the differences between the latest and the current database via a special script), database version checks through DNS, proxy servers (with authentication), digital signatures and various error scenarios.

The virus database is updated from the link http://database.clamav.net by downloading the .cvd files, and the updates can be automated by configuring the freshclam tool. The virus detection service is connected to the virus database along with the protection engine of ClamAV. Various GUI apps like WinClam and ClamTk can be used with the detection engine, but by default, ClamAV can be used with the help of a command line utility also.

The installation and configuration documents of ClamAV can be found at https://www.clamav.net/documents and you can also get community support for ClamAV at https://stackoverflow.com.