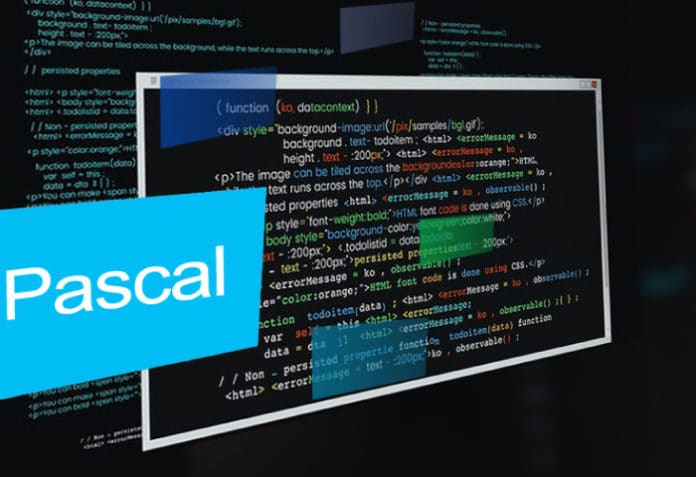 In the first two articles in this series on classical programming languages, we have discussed Fortran and COBOL — two languages in their early sixties. In the last and final article in this series, we will discuss Pascal, a language in its early fifties and more than a decade younger than the two languages discussed earlier.

Pascal is named after Blaise Pascal, a French mathematician, physicist, philosopher and a man of many other distinctions. It is fun to know that, in addition to a programming language, the SI derived unit of pressure (Pascal), Pascal’s wager, Pascal’s triangle, Pascal’s law, etc, are all named after Blaise Pascal. So, be sure to add sufficient keywords while searching for Pascal, for either the man or the programming language on the Internet.

Before any further discussion, we need to build a case in favour of Pascal. Fortran is still relevant because it is respected as a powerful scientific computing tool even today. COBOL is also relevant because of the millions (if not billions) of lines of legacy code still in service in the financial sector. Why is Pascal still relevant? There are three reasons for this. First, there are many historic reasons for every programmer, even the younger ones, to know something about Pascal. Being relatively easy to learn, Pascal was regularly taught at many schools and colleges until the first decade of the 21st century. Being part of academia for more than four decades itself makes Pascal an interesting programming language. But there are many practical reasons also for having some idea about Pascal. The second reason, and a practical one for that matter, is the popularity of Object Pascal, an object-oriented enhancement of Pascal. Object Pascal is still used as a development tool by many software companies. I am a bit sad to say that the third reason is ‘proprietary’ in nature. There is software called Delphi which is widely used in the industry. Delphi is an IDE for a dialect of Object Pascal, also called Delphi. It is used for rapid development of desktop and mobile applications. But Delphi is not free software. However, it operates on the freemium model, whereby the basic model is made available free of cost.

Thus, it is clear that Pascal does impact the programming world even 50 years after the first program was written and executed in this language. Now, let us learn some history of the Pascal programming language. Pascal was designed by Niklaus Wirth and first came into existence in 1970. It was influenced by two programming languages called ALGOL and Simula. Object Pascal, the object-oriented extension of Pascal, came into existence in 1986. Notice that, nowadays, Object Pascal is far more popular than the original Pascal language (a procedural language). The proprietary yet popular software development software called Delphi and the Delphi dialect of Object Pascal first came into existence in 1995. These were originally developed by a company called Borland Software Corporation. Turbo Pascal, also developed by Borland, was once a very popular IDE for Pascal.

Now that we have learned a little bit about the history of Pascal, here comes the important question: How can we execute Pascal or Object Pascal programs in Linux? There was a proposal to develop a compiler called GNU Pascal, which was supposed to be a part of GCC (GNU Compiler Collections). But the project is long delayed and doesn’t seem to become a reality anytime soon. But there’s no need to worry. There is a compiler called Free Pascal, which can be used to compile both Pascal and Object Pascal programs. Free Pascal compiler is free and open source software licensed under the GNU General Public License. The compiler can be installed with the command:

…in Ubuntu. I am sure the installation will only require one or two commands in other Linux distributions also. Now that we have installed the compiler in our system, let us use a small Pascal program to test the Free Pascal compiler. Consider the program called message.pp shown below. Notice that, in addition to the extension .pp, Pascal/Object Pascal programs can also have extensions like .p, .pas, etc.

But, what makes Pascal unique among classical programming languages is the availability of a powerful IDE called Lazarus. Of course, the popular IDE called Code::Blocks can be used to work with Fortran, and an IDE called OpenCobolIDE can be used to work with COBOL. But Lazarus is a dedicated Pascal IDE and very powerful, thereby making it a true enhancement to software development with Pascal. Lazarus IDE is free and open source software licensed under the GNU General Public License. It uses the Free Pascal compiler in the background. Figure 3 shows the logo of Lazarus IDE. Remember that the Delphi dialect used in the Delphi IDE is the most prevalent dialect of Object Pascal (and Pascal for that matter) nowadays. Here comes an important and useful feature of the Lazarus IDE. There is a conversion tool which converts the Linux dialect of Object Pascal to the Delphi dialect, in Lazarus IDE. Thus any program written and tested in the Linux platform can be easily ported to the Microsoft Windows platform also.

sure that these languages are not going to die out in the near future. Of course, like what the quote ‘Everything that has a beginning has an end’ says, eventually at some point in time these languages may also die out. When this happens, a major reason would be the unavailability of professional programmers with expertise in these languages. I am sure that by attracting some young minds to work in these programming languages, their eventual day of demise can be prolonged for a long time.