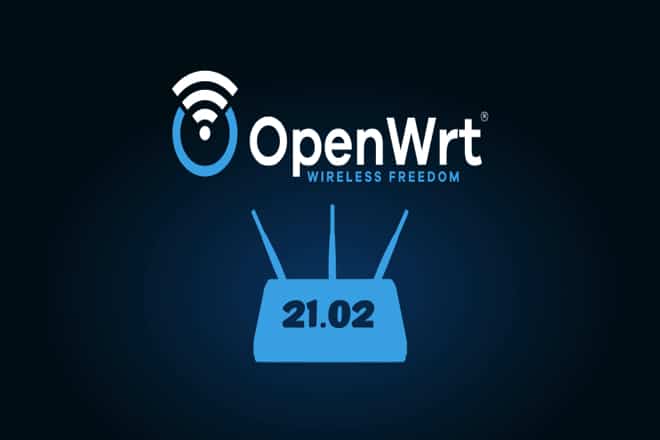 The OpenWrt community has announced the first stable release of the OpenWrt 21.02 stable version series. It incorporates over 5800 commits since branching the previous OpenWrt 19.07 release and has been under development for about one and a half year.

The OpenWrt Project is a Linux operating system targeting embedded devices. It is a complete replacement for the vendor-supplied firmware of a wide range of wireless routers and non-network devices. An upgrade from OpenWrt 19.07 to OpenWrt 21.02 is supported in many cases with the help of the sysupgrade utility which will also attempt to preserve the configuration.

WPA3 was already supported in 19.07 but it was not provided by the default set of packages in OpenWrt images.

With 21.02, all packages necessary to provide WPA3 are installed by default in OpenWrt images. WPA3 is supported by most Wifi drivers in OpenWrt.

TLS support is now provided by default in OpenWrt images including the trusted CA certificates from Mozilla. It means that wget and opkg now support fetching resources over HTTPS out-of-the-box. The opkg download server is accessed through HTTPS by default. OpenWrt switched from mbedTLS to wolfSSL as the default SSL library. mbedTLS and OpenSSL are still available and can be installed manually.

Distributed Switch Architecture is the Linux standard to deal with configurable Ethernet switches.

OpenWrt 21.02 comes with initial support for DSA, which replaces the swconfig system that OpenWrt was using up until now. Not all targets have been ported: some devices still use swconfig while some devices already switched to DSA.

This is a significant change to how switch ports and VLANs are managed.

Due to new features being introduced and the general size increase of the Linux kernel, devices now need at least 8 MB of flash and 64 MB of RAM to run a default build of OpenWrt.

There are several other package updates mentioned in the official announcement. It also mentions about known issues of some IPv6 packets getting dropped when software flow offloading is used.