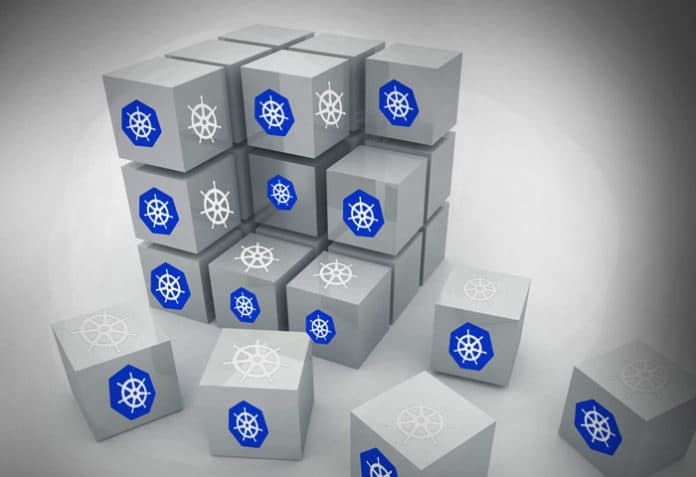 Kubernetes automates much of the work of managing containers at scale. It is an open source platform for automated deployment, scaling and management of containerised applications and workloads. It is designed for large deployments. Developed by Google, it is now maintained by the Cloud Native Computing Foundation. In this article, we present an overview of Kubernetes and its deployment.

As technologies like Docker and containerisation have become indispensable parts of developer and operations toolkits and have gained traction in organisations of all sizes, there is a need for better management tools and deployment environments. Kubernetes is one such tool.

What is Kubernetes?
Kubernetes (K8s) is an open source system for automating deployment, scaling, and management of containerised applications. It is the most popular and feature-rich container orchestration system in the world, and offers a wide range of features like:

Kubernetes is designed for extensibility

A Kubernetes cluster consists of two types of resources:

Figure 1 explains the Kubernetes basic model, which includes creating Kubernetes, deploying an app, exploring the app, exposing the app publicly, as well as scaling up and updating the app.

Inspecting the application and deployment
In the deployment phase of Kubernetes, it is necessary to know about pods and nodes. A pod is a group of one or more application containers (such as Docker) and includes shared storage (volumes), the IP address, and information about how to run them.

The most common operations can be done with the following kubectl commands.

Scaling and updating the application
Scaling is accomplished by changing the number of replicas in a deployment. It increases the number of pods to the new desired state. Kubernetes also supports auto-scaling of pods. Services have an integrated load balancer that distributes network traffic to all pods of an exposed deployment. Services continuously monitor the running pods using endpoints, to ensure the traffic is sent only to available pods.

Rolling updates allow updates of deployments to take place with zero downtime by incrementally updating pods instances with new ones. These allow the following actions:

Deployment on a hosted Kubernetes
A pod is the basic execution unit of a Kubernetes application. Each pod represents a part of a workload that is running on a cluster. Type kubectl in a terminal to see its usage, and this performs the specified action (like create, describe) on the specified resource (like node, container).

To view the nodes in the cluster, run the kubectl get nodes command. You can see the available nodes (available node name: minikude). Kubernetes will choose where to deploy our application based on available node resources:

To deploy the first app on Kubernetes with the kubectl create deployment command, it is necessary to provide the deployment name and app image location (include the full repository URL for images hosted outside the Docker hub):

To list your deployments, use the kubectl get deployments command. We can see there is only one deployment running a single instance of the app. The instance is running inside a Docker container on a node.

There are other options for exposing your application outside the Kubernetes cluster. To open a second terminal window to run the proxy, type kubectl proxy in a terminal. The proxy enables direct access to the API from these terminals:

We can query the version directly through the API using the curl command.

The road ahead
Since Kubernetes is open source, it allows the freedom to take advantage of on-premises, hybrid, or public cloud infrastructures. It lets you effortlessly move workloads to where it matters to you. Kubernetes can be combined with modern pipeline tools like Jenkins X to build highly agile and lean CI/CD (continuous integration and continuous delivery/continuous deployment) systems. Modern, high-performance DevOps teams should make good use of Kubernetes.