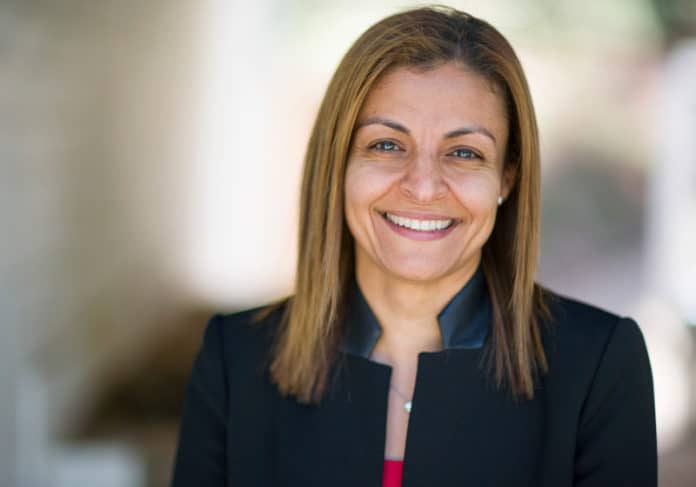 Without a doubt, the Wikipedia is at the top of the most successful of the open, sharable, crowdsourced initiatives that emerged on the online scene some two decades back.

If Free Software and Open Source changed the world of how software gets produced and distributed, and who could access it, then the Wikipedia drastically revolutionized knowledge sharing.

It altered the universe of encyclopedias, our ability to access them, while it also brought about changes to a much wider knowledge ecosystem altogether.

It also opened space for knowledge to emerge from (and be shared with) over 300 language groups.  This could hardly have been possible if left to market forces alone.

Maryana Iskander, of Egyptian-origin US-based social entrepreneur and lawyer, takes over as the CEO of the Wikimedia Foundation in early 2022.

OPEN SOURCE contributor FREDERICK NORONHA, a Wikipedian for the past decade-and-half, who was selected Editor of the Week in March 2020, takes the opportunity to sound a note of caution.

Ms Iskander also spoke to Wikipedians in India at the end of November, during her global online “Listening Tour”, prior to taking over:

A warm welcome on assuming the slot at the helm of the Wikipedia, and wishing you all the best and a meaningful sojourn there.  At the same time, to make the most of this exchange, permit me to raise some issues which have been drawing my concern for some time now.  My intention is to help build a better, more encouraging, and diverse Wikipedia.

(1) Once upon a time, not a very long time ago, the Wikipedia used to be a very interesting place to be a part of.  Over the past few years, there has been a marked decrease in the possibilities of participation there.  It could be that the Wikipedia has become a victim of its own successes.  While maintaining quality is important, but we could just be sweeping out the baby with the bathwater.

(2) It has now become extremely difficult to create a new article related to our parts of the world.  This is true especially for the larger Wikipedias, from languages like English.  Most of the gatekeepers (administrators or bureaucrats, to use Wikipedia lingo) seem to be unable to understand issues outside of the affluent world and big cities.  I could examples, some ludicrous.  One of the most prominent singers of my region, a noted editor of a literary journal and the precursor institution of our university, were all seen as not worthy of inclusion in a crowd-sourced encyclopedia.  We have to face barriers to share what we see as our delightful music or create space for it.  This is sad.

(3) “Deletionism” seems to be getting the upper hand on the Wikipedia.  This pushes some of us to want to stop contributing.  When a deserving article you create gets speedily deleted, that acts as a major disincentive.  This blocks the Wikipedia from playing the role intended for it.

Sometimes, articles increasingly get pushed to the ‘draft space’, which is another route to discourage participation.  If decisions are taken halfway round the world on these issues, obviously the result will turn out skewed.  Together with this, there seems to be a genuine difficulty in understanding the diversity of our planet.

(4) There seem to be other unaddressed problems of systemic bias.  This could stem from a one-size-fits-all approach.  Like, for example, a stringent need for print-based or online citations, especially for entry into the bigger Wikipedias.  (The smaller Wikipedias, fortunately, have less stringent entry barriers.  But these Wikipedias are also not that much noticed.  So these simply cannot change the situation of global information flows.)

(5) It might seem like the rules are fair and equal to all.  Citations, reliable sources, notable topics, or individuals — all these are crucial to maintaining “standards”.  But how does the bulk of the planet come up with citations, print references, or online entries to back up its knowledge, when the information dirt-track has just passed them by?  Most of humankind hasn’t even seen a reporter enter their village, doesn’t have a printing press for maybe a hundred or more kilometers, and has never been “researched’ men and women from the ivory towers — global, national or local — in all their history?

Ours is a complex world.  How is it understood in often monolingual distant parts of the planet, which themselves indulge in so much navel-gazing?

(6) To argue that “oral sources” will bridge this knowledge gap — as has been done in recent times — isn’t very realistic, These sources would again need to be “mediated” and “curated” through some intermediaries, infomediaries, and other third parties.  This again makes things unworkable.

Instead, it might be more practical to simply accept that knowledge comes up in different shapes and forms in diverse parts of the globe.  It doesn’t become credible only once it goes through a lab, a peer-reviewed journal, or a dominant newspaper.

(7) The balance of control of global knowledge flows is getting increasingly skewed on the Wikipedia as well.  If decisions are primarily taken through the eyes of North America and Western Europe, the result as a whole is not going to be very globally representative.

(8) This is not to lobby merely for more decision-makers from the so-called “Global South”.  They could be a privileged lot themselves.  But the whole process through which information flows are mediated and controlled needs to be made more neutral, free, and open.  Give it a rethought, please.

(9) The WIkipedia movement also seems to be shifting away from its volunteer model.  This is what gave it its strength and vitality.  We seem to be moving to an NGO/funded or even corporate model of operations.  Wikipedia may well have the resources to afford this.  But could such an approach actually demoralise volunteers who have, and continue to, put in a lot of their labour of love?

(10) Issues have been raised about censorship and government manipulation of the Wikipedia in economies like China.  But why stop there?  Elsewhere too, campaigners, dissidents, and oppositional figures are being targeted on the Wikipedia.

It voices regret over the inability to extend a great idea like the Wikipedia to more volunteers across the planet.  Yes, there are issues that need to be addressed.  Urgently.

It doesn’t worry me that people from the so-called “Global South” are struggling to get elected to Wikipedia posts, or that those chosen come from a small area of the globe.

But at the very least, we need a system that is fair to all, doesn’t take on simplistic approaches towards enforced uniformity, and starts looking at all forms of knowledge as potentially useful.

Jimmy Wales, the Wikipedia’s co-founder, told everyone: “”Imagine a world in which every single person on the planet is given free access to the sum of all human knowledge.  That’s what we’re doing.” Indeed a laudable dream.  But that simply can’t happen without the many, thoughtless or careless roadblocks that are first removed.  Please give it a thought.