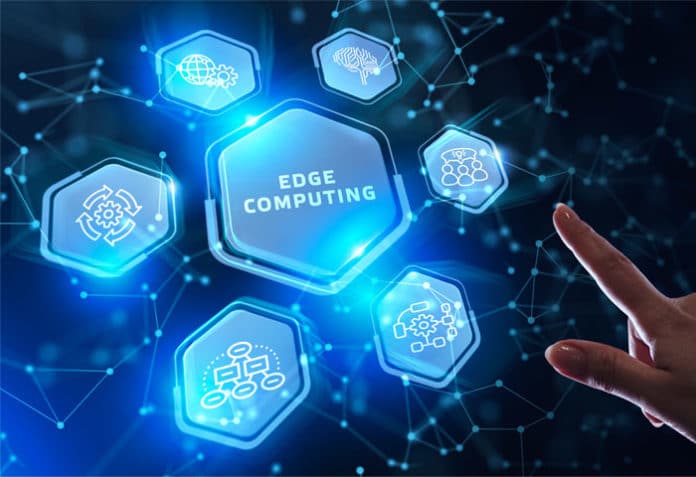 All of us make use of IoT in one way or the other today, and this usage will only grow in the near future. This article details how Node-RED, a powerful and easy-to-use programming platform, helps in implementing IoT and edge computing.

T he Internet of Things (IoT) is omnipresent in today’s world. A few fields where it is dominant are listed below.

Many other domains, too, are associated with the field of IoT, especially where intelligent robotic applications are being developed. The Internet of Everything (IoE) is another term used for smart applications, and is the integration of IoT with the cloud and the World Wide Web for the real-time connectivity of devices.

A number of programming platforms are available for working with IoT, IoE, fog or edge scenarios. Hundreds of toolkits, which are very powerful and easy to use for dynamic research, are available as well. A few of these are listed in Table 1.

Installation and working
Node-RED is a specialised package that is installed onto the Node.js platform. The latter is a lightweight but high performance programming environment based on JavaScript. Many packages are available in Node.js for multiple applications, including Internet of Things (IoT), cloud computing, machine learning, data science, and blockchain.

To work with Node-RED, the Node.js platform should be installed first, which is available at https://nodejs.org for multiple operating systems like Windows, Mac and Linux for 32-bit or 64-bit architectures (Figure 1).

After the installation of Node.js, the Node-RED package can be installed from the node package manager (NPM), which is the repository of packages developed and deployed for the Node platform (Figure 2).

In the installation directory of Node.js, the npm command is used to install Node-RED, as follows:

Node-RED can be installed on multiple platforms including open source hardware devices, IoT devices, the cloud or on dedicated servers. Its cloud deployment can be done on IBM Cloud, Microsoft Azure, SenseTecnic FRED and Amazon Web Services. To work with IoT, fog and edge scenarios, it can be installed on Raspberry Pi, BeagleBone Black, or Arduino. These devices support the interfacing of IoT sensors for multiple applications.

To run Node-RED on a dedicated system, the node-red command is executed to start the server. A local host based IP address with port number is generated, on which the programming for IoT, edge computing, etc, is done.

After starting the server, there are thousands of packages that can be interfaced for multiple applications. To create an IoT or edge scenario, packages related to Wi-Fi, Bluetooth, MQTT, CoAP, weather forecasting, etc, can be installed from the NPM repository.

After the required packages are installed, the flow diagram is created using the left palette of icons. Here, all the packages are visible and can be dragged across the dashboard.

The message queueing telemetry transport (MQTT) protocol is available in the Node-RED palette to help it work with IoT. It is used as an IoT broker for real-time interfacing and communication with sensors. An IoT scenario is created by the file handling module, capturing data from sensors and using the MQTT protocol to interface it with Wi-Fi. After running this scenario on a single click, the results are visible on the right side panel of Node-RED. Similar other structures can be created and deployed for dynamic communication with IoT devices.

Researchers and engineers can create IoT scenarios as per their requirements with the customisation and addition of packages on Node-RED.

Node-RED can interface with Raspberry Pi or Arduino to provide real-time communication with sensors, which can be used for smart agriculture based applications so that farmers can keep track of their fields and crops. Weather forecasting and climate analysis can also be done using such programming platforms.