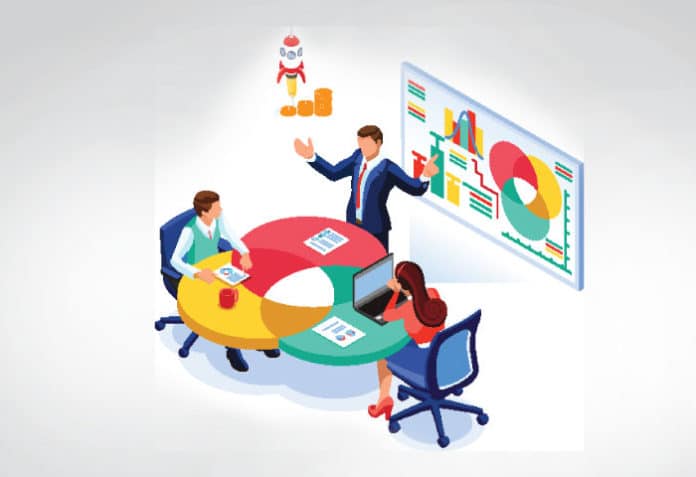 The world is moving towards deploying more open source solutions, but are there any proven business models that can help open source companies sustain themselves? Should new companies venture into the world of open source? This article tries to answer these questions.

Open source software, about a decade back, was looked upon as something solely meant for geeks, programmers and educational institutions. But a few years ago, it started gaining recognition as software that every organisation could leverage. Today, even large proprietary organisations like Microsoft are openly talking about it, and investing in the same as well!

“A lot has happened and evolved in open source. The top view shows it is free. However, even if it is being made freely available, there are billions of dollars riding on the ecosystem. Not only are there open source companies valued at more than a billion dollars, industry giants like Google and Microsoft are investing millions of dollars in it,” says Mukul Mahajan, MD, Tetra Information Services Pvt Ltd.

Most of these investments focus on hiring manpower for the open source ecosystem. Business models like professional services and cloud hosting are evolving, but the big question is: what are the opportunities available to organisations that aim to, or are already working on, being an open source player? And what are the business models they can pursue for profits?

“I think the key aspect is to have a business model. But here’s the thing — the vast majority of people or organisations who are investing in open source are not investing for the sake of it. I don’t think there is something directly attracting them to invest in open source,” says Hadi Hariri, VP, developer advocacy, JetBrains.

He adds, “They are not investing to make a better world using open source. There are key indicators that force them to use open source, which is good. But they need a sustainable business model, which unfortunately many do not have.”

Cue: Microsoft’shere!
We have all used software developed by Microsoft, and the biggest cue that open source is indeed the future, can be derived from what this organisation is doing on the open source front. But why is Microsoft in open source?

“Satya (Nadella) was very clear when he took over Microsoft that it has to be more open than it ever was. This actually goes back to our core thinking of wanting to do more for every person and organisation, which cannot be achieved by being closed source,” says Sanjeev Sharma, director, new ISV partnerships, Microsoft.

He adds, “Today, 40 per cent of CIOs have Linux as one of their prime strategies, 60 per cent of developers want to see cloud providers working with open source, and 90 per cent of enterprises deploy Linux in some shape and form. This indicates an absolutely clear market decision.”

Sharma feels there are tremendous opportunities around open source, and affirms that Microsoft is committed to staying open in the future. Fifty per cent of Azure’s VM cores and 60 per cent of the images on it are Linux based. In fact, more than half of the ecosystem at Microsoft is based on Linux. SaaS and various other applications are leveraging open source too.

He says, “Any new offering coming to the market can continue to leverage its core DNA while also getting exposed to the larger market worldwide. This gives an opportunity to experience the full might of larger cloud providers.”

Solving a problem using open source can help solve many other problems. For example, a normal customer service app has to touch different platforms, and be compatible with different types of devices. It may also have to browse through multiple databases. The idea, says Sharma, is to slowly and steadily multiply what is being offered to clients.

“You begin by offering one solution to one type of customer base and then you can pivot to a larger market. Today’s cloud provides you that opportunity to experiment,” he adds.
Microsoft had acquired GitHub for US$ 7.5 billion back in 2018. Then, in March 2021, it announced a grant of Rs 10 million to fund India’s developers who are building software using open source tools.

“I don’t think there are any key parameters. You should look at how you are going to sustain your open source contributions. The best example that can be thought of here is Red Hat,” explains Hariri.

The Red Hat business model, as most industry gurus will agree, is complicated yet successful enough to require consulting, which is provided by the company team as part of the model. This business model may become less sustainable if the consulting is taken care of by a third party.

Open source, as Mahajan points out, might be more of an enabler that helps get traction and build newer business models. What helps new business models based on open source to sustain is the demand they get from different business verticals.

“When running a business, sometimes you need to subsidise what you are doing for the greater good,” says Kabir Chandhoke, COO, SourceFuse Technologies.

Marketplace, enterprise and community software; and the role of the cloud
Most open source business models in use today are offered as enterprise and community editions. The community edition provides free usage of open source with limited capabilities, whereas the enterprise edition offers a lot more features at a cost. “These two models are becoming very popular. On top of these, you can also offer complimentary services such as certification, development services and support contracts,” says Samir Doshi, co-founder and director at iNextrix Technologies.

But it’s open source marketplace software that joins all the dots together.
“Marketplace is definitely a brilliant business model, as it adds a lot of value to all the open source products. You have brilliant brains coming up with add-ons and applications,” says Doshi.

“Open source is what actually drove the cloud in the first place. Can you imagine the public clouds we have today and companies paying licence fees for their operating systems?” asks Chandhoke. “We would never have achieved the scale of, say, AWS, if licence fees for millions and millions of servers had to be rolled out.”

He adds, “The reverse is also true as the public cloud is responsible for making open source projects popular. Another way public cloud has accelerated the monetisation of open source is through the SaaS route.”

Cloud and open source can enjoy a mutually beneficial relationship as long as the former does not start eating into the latter’s business model. This happens when an open source product becomes tremendously popular. “I definitely see the partnership between the cloud and open source evolving. It will be interesting to see how this happens,” says Chandhoke.
Elasticsearch needs no introduction. This search engine, based on the Lucene library, has been the go-to favourite of many open source developers. But, in early 2021, the company came out with the groundbreaking Elastic License 2.0.

The licence allows users the right to use, modify, create derivative works, and redistribute software. However, there are ‘three limitations’:

1. Users may not provide products to others as a managed service.
2. Users may not circumvent the licence key functionality or remove/obscure features protected by licence keys.
3. Users may not remove or obscure any licensing, copyright or other notices (as published by Elastic.co).

This means that both Elastic License 2.0 and SSPL have not been approved by the OSI. Hence, neither Elasticsearch nor Kibana are now considered open source. This is an example of how fast the world of open source is evolving, and how quickly existing business models are shrinking while new ones are making their way!

“This has impacted the community in two ways. The first is that contributors were suddenly told that what they have worked for is no longer truly open source. The second is that the solutions big and small players are developing cannot be made public now, keeping in mind the announcements made by Elasticsearch,” says Chandhoke.

Partnerships with big players
The last decade has been all about collaborations and mergers in the world of technology, and the open source vertical is not an exception. To partner with a big player like Microsoft can be a big opportunity for startups and organisations already operating in the domain of open source.

Sharma says, “If you are a services provider, there are opportunities available with Microsoft as the company has a specialisation in Linux and Kubernetes.”

There are many opportunities for ISVs too. Sharma gives an example of an assessment engine based on open source notes. “It scaled up very easily. However, the problem was finding customers beyond India. So they leveraged the 60+ data centres that Microsoft has.”
Whether the solutions are for education, health, finance or any other industry, big players can not only help scale the offerings across geographies but can also help make these solutions more secure.

Why do open source companies have high valuations?
Partnering with big names also brings forth a question: Why is the value of open source companies so high? The answer lies in the consumer base that many of these organisations have, and how brilliantly they are handling the complex layers of architecture.

“The conflict between Amazon and other companies is also one of the reasons for the high valuation. There still exist companies that believe in hosting everything on their own server rather than on the cloud,” says Doshi.

Then, why do developers work for free? Doshi says, “Because you are using that tech for yourself. For example, if I am working on a project, I will want to use that work for myself as well. I may want to build my UI using React and many such things. Once you start doing that and notice a missing feature, or find a bug, you end up fixing it. And that creates a solution for the greater good.”

“The same also allows young and experienced developers to polish their skills. It’s the best CV you can have, and probably serves better than most internships. Where else will you have the opportunity to have your code checked by some of the best and brightest in the world,” he adds.

Big players (the one’s providing cloud services) have now also started facilitating open source stacks. Going by the trend, it looks as if every big company will soon join this race, which could lead to big changes in the open source ecosystem. But according to Doshi, “I don’t think there is space for any major changes. The community will always be there, whether it is from the cloud provider or open source companies. I do not think there will be any threat to communities or business models as such.”

Note: This article is based on a panel discussion held at Open Source India 2021.