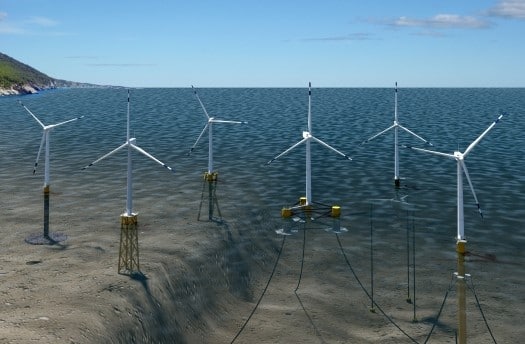 With the Marine and Hydrokinetic Toolkit (MHKiT), a massive, searchable, open source knowledge hub that provides developers with the code needed to analyse how well their technology might perform in various ocean and river sites, marine energy developers can start building this future faster (and cheaper). The toolbox has been upgraded to include data on tidal and river energy resources, elements that affect how equipment works underwater (such as turbulence and sediment), study of high waves, and more.

Developers had to write their own code before MHKiT to see how well their technology functioned in a wave tank or in the open ocean. However, code development—as well as validation—can be time-consuming and costly. The software and data given by MHKiT are not only free, but also standardised and quality monitored.

MHKiT can assist you with all of this. The software, which was developed in 2019 with funding from the US Department of Energy’s Water Power Technologies Office, is accessible in Python and MATLAB. For each platform, the MHKiT team is now releasing increasingly robust versions.

MHKiT now has data about tidal and river resources on its Python platform, including how much energy is available at which areas, how fast and turbulent the waves are at certain sites, and what underwater barriers, such as sand and stones, might obstruct a device’s performance. (This implies data from Acoustic Doppler Current Profilers and Delft3D for maritime energy aficionados.)

In addition, wave energy producers can now simulate the extreme waves that their machines may encounter at their chosen deployment location. Unprepared devices may not survive the waves; with MHKiT, engineers can improve their chances of surviving.

The MHKiT team uses the MATLAB platform to import a large amount of data from a fleet of buoys administered by the Coastal Data Information Program, such as wave heights, current speeds, and ocean temperatures. The MHKiT team also included historical wave data to help predict the weather and climates that marine energy technology may encounter offshore. This so-called hindcast dataset will eventually encompass the whole United States.

MHKiT is a popular tool that has been downloaded over 4,000 times in just four years (although some of those downloads are repeat customers coming back for more).

The toolkit’s developers want to add even more data and capabilities in the coming months to account for hybrid energy systems, such as those that combine floating wind turbines or solar panels with marine energy devices, as well as smaller, niche technologies that power the blue economy. Unmanned sea drones for ocean exploration or wave-powered desalination machines for producing clean drinking water in remote regions or to aid disaster relief efforts are just a few examples.