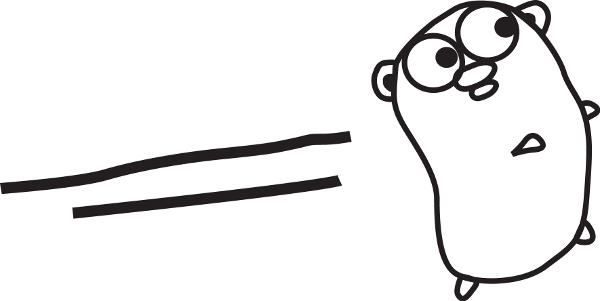 Go is a new systems programming language launched by Google, and has received wide attention in the programming community. This article gives you an overview of this language, with some specific examples to help understand its features.

Go was announced just a few months back, but is already being touted as the next C language. Why?

The C language itself evolved from a language known as ‘B’. C was created in the 1970s, and still continues to be widely used; however, the language has mostly stopped evolving, and there is a dire need for a new language that could replace C. There are many languages that have been named ‘D’ (the most popular being the one by Walter Bright), or those that want to be the ‘D’ language. Still, nothing has made the cut, so far. Go might well become the next C language — or it may be “Gone” in a few years!

Is there substance behind the hype and buzz around Go? Yes, a lot! Most systems programmers (like me) find it very good after trying it out and writing non-trivial programs. Why?

Go has already won Tiobe’s “Language of the Year Award 2009”. Tiobe is one of the most widely-referred-to programming language popularity indexes.
There is a lot to cover on Go, so I’ll be limiting myself to the most important aspects. First I’ll cover the essential background information, and then I’ll present some sample programs to introduce language features.

Robert Griesemer, Ken Thompson (of Unix fame), and Rob Pike are the creators of the language.

Why was Go created? What are the problems that it tries to solve?

Apart from these, the creators of Go felt that constructing software has become very slow. Complex and large programs have a huge number of dependencies; this makes compilation and linking painfully slow. The aim is for Go to be not just a language where we can write efficient programs, but also programs that will build quickly. Besides, object-oriented programming using inheritance hierarchies is not effective in solving problems — so the creators of Go want to have a better approach to write extensible programs.

Look at some of the important features and characteristics of Go:

Here is the “hello world” example in Go:

All programs in Go should be in a package; it is main here. We import the fmt package to use its Printf function. Execution starts with the main.main() function, so we need to implement it in the program. Functions are declared using the func keyword. Note the lack of semicolons at the end of the lines in this program.

Here is a simple program that calculates the factorial of the number 5:

Note that we haven’t declared the variables i and fact. Since we have used the := operator, the compiler infers the type of these variables as int based on the initialisation value (which is ‘1’ for i).

The for loop is the only looping construct supported in Go! If you want a while loop, it is a variation of the for loop in which the loop has only a condition check. For example:

Did you notice that we used a semi-colon in this code snippet? Wherever the compiler can infer semi-colons, we don’t have to use them — but sometimes we do. It will take a while to get used to the rules about semicolons in Go.

Here is a function for returning the square of a number:

This function definition looks very similar to C, but there are differences. For example, the argument is declared as f float and not float f as we would write in C. In Go, variable names are used first, followed by the type declaration. Similarly, the function’s return type is given after the parameter list; in C, we specify it before the function name. It takes time to get used to these differences, but this approach has resulted in considerably simpler declaration syntax than in C.

In Go, we can return more than one return value. This code segment gets the integer return value from Atoi (a string to the integer conversion function in the strconv package) function; it also gets the error value, which will be useful to check in case the function fails:

Multiple return values is a useful feature in Go, particularly for handling error conditions. This code also shows the built-in print function to print to the console — Go has a few built-in functions like this.

In Go, many features are similar to each other. We just covered multiple return values — can you now guess (given that i and j are integers) what this statement does?

Yes, that’s right, it swaps the values in the variables i and j! Simple, concise and neat, right?

We’ll start from the transform function. It takes two arguments: an array of integers, and an array of functions (in which each function accepts a single int argument, and returns an int). In the for loop, we use the range keyword to get the indexes and values in the array of functions. Since we want only the value here, we ignore the index by assigning it to _. Now, each value assigned to the foo variable is a function, and we call that function for each element in the integer array, storing the function’s return value back in the same element of the integer array.

In the main function, we declare a slice (that internally points to an array), and a slice of functions. We create two functions without names (“function literals”), and put them in the slice. We pass these two variables to the transform function. The first function literal squares the integer value; the second function literal negates the value. So, this program prints: [-1 -4 -9 -16 -25].

Here is the declaration of a simple struct named ‘Point’, with two integer members, ‘x’ and ‘y’:

We can declare methods outside the struct. Here is the Print method, which prints the values in a Point variable:

Method definition syntax is different from that of functions — a method definition takes a struct type before its name, which is an implicit parameter during the call to that method.

Now, this code in the main function creates a Point variable, and prints out its value:

Here, Point{10, 20}; is a struct literal, and looks like a constructor call. We use the %v descriptor of the Printf family of functions to print the struct variable to console, followed by our custom Print method’s output.

We’ll build upon our Point struct example by declaring a Printer interface, which declares a Print method:

Interfaces are specified with the interface keyword. Note that these interfaces are not exactly the same as in C#/Java. The main difference is that a struct doesn’t have to say it implements an interface — any struct that implements the methods specified by an interface satisfies that interface! Those familiar with dynamic languages will easily understand that it is similar to “duck typing” in those languages. But remember Go is a strictly type-checking statically typed language, and it implements this feature!

Goroutines are functions executing in parallel in the same address space in stack. They are not the same as threads or processes, so they get a new name, goroutines.

Goroutines communicate using “channels” (based on CSP). Here is an example as given in the “Effective Go” document (see the Resources section at the end of this article), which shows how a Sort on a big list can be done in parallel with some other computation.

A “channel” is for communication between goroutines; this code creates a channel using the make built-in function (which is similar to new, and not covered in this article). A goroutine is invoked using the go keyword. Here, the goroutine is created to call a function defined as a function literal, which does two things. First, it does a Sort on a list (assume that this is a time-consuming operation). Next, once the sorting is done, it sends a “signal” to the caller goroutine, that it is done with its work. Meanwhile, the caller code (which is a goroutine) does some other work in the call doSomethingForAWhile, and waits for the other goroutine to finish in the statement <-c;. This code segment effectively shows how goroutines are created and how communication is done between them.

Currently, Go implementations are available for two platforms: Linux and Mac OS X. There are two implementations for these platforms: one is a stand-alone implementation of a Go compiler and runtime, written by Ken Thompson. Another is a GCC front-end, implemented by Ian Lance Taylor. What about Windows? Some unofficial ports exist, but they are not very stable or up-to-date. I installed Go in Fedora, and the installation was smooth and easy.

All of Go’s toolset (compilers, packages, runtime libraries, tools, etc) is available as open source, under a BSD license.

With my experience in trying Go over the last few months and writing non-trivial programs, I think there is a lot of substance behind the hype. Go certainly has some unique features that will make it a useful systems programming language, in this age of the Internet and multi-core processors. In just a couple of days since I started learning Go, I was able to write non-trivial programs, and began liking the language. It was fun learning and playing around with it. I would recommend Go to any systems programmer and encourage them to try it out.