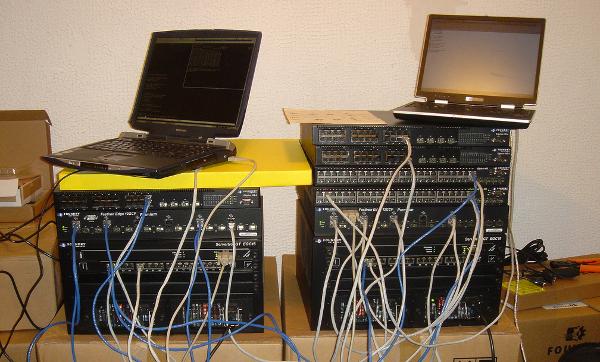 The first article in this series discussed the basic installation and configuration of IPCop 1.4.21. Subsequent articles discussed five important add-ons used to enhance IPCop’s functionality: Advanced Proxy, URL Filter, Update Accelerator, Calamaris and Block Outgoing Traffic. Here, we will look at how to extend IPCop to incorporate a site to host OpenVPN, using the Zerina add-on.

Before we begin, let us try to understand some of the basics about Virtual Private Networks (VPNs). There are two basic types of VPNs:

OpenVPN is open source VPN software. And as described on the project website, it enables you to:

OpenVPN is available in repositories of most Open Source distros, such as Debian, Ubuntu, Fedora, FreeBSD and Maemo. The OpenVPN client is available for MS Windows, Mac OS and Android (it works on rooted devices).

With the basics covered, let’s move on to Zerina!

The Zerina add-on adds an OpenVPN server functionality to IPCop. Let’s set it up and access the office network using a Windows-based client.

Download the latest Zerina binaries; SCP them to the IPCop box; log in via SSH (don’t forget: TCP port 222); and then extract the Zerina gzip file in a new folder. Note that these binaries were developed long ago for IPCop 1.4.15. To install on IPCop 1.4.21, we need to tweak the installer. Edit the install file using any text editor. Find the if condition line with “1.4.15” (see Figure 2) and change it to “1.4.21”. Save and quit.


Run ./install, which adds an OpenVPN menu under VPNs in the IPCop Web GUI (HTTPS, port 445). Navigate here and the first step is to click the “Generate Root/Host Certificates” button. Fill up the required fields and generate the certificate.

Proceed to “Roadwarrior Client status and control” and add a client certificate for the desired host. Enter a complex password here; you will need it to establish the VPN connection. Now, the VPNs –> OpenVPN page will show the completed configuration including root certificates, client certificates and buttons, and we can start/stop the OpenVPN server. Click Start. The OpenVPN server listens on UDP port 1194 for possible incoming connections from remote hosts. Figure 3 shows the running server’s status page.


This completes Zerina’s installation. Next, let’s install and configure an OpenVPN client on a Windows desktop. Download the latest stable release installer for your OS (I used 32-bit Windows). Run the installer and complete the installation steps, including choosing all options, as in Figure 4.

From the IPCop Web GUI, download the earlier-generated OpenVPN client certificate’s zip file (Figure 5), and extract its contents (two files, with extensions .p12 and .ovpn) in the C:\Program Files\OpenVPN\Config folder.

Initiate a VPN connection by right-clicking the OpenVPN system-tray icon and choosing Connect. Enter the client certificate password to establish the VPN connection. You can verify the connection using a simple ping command to any office host’s IP address.

A company planned 75 VPN clients for its field personnel. After seeking a proposal from a commercial firewall vendor, they found that the client licensing cost was more than Rs 100,000. Here, installing OpenVPN-enabled IPCop was practically free! The IPCop was installed as a VPN gateway, BlockOutgoing Traffic was used to allow only OpenVPN traffic.