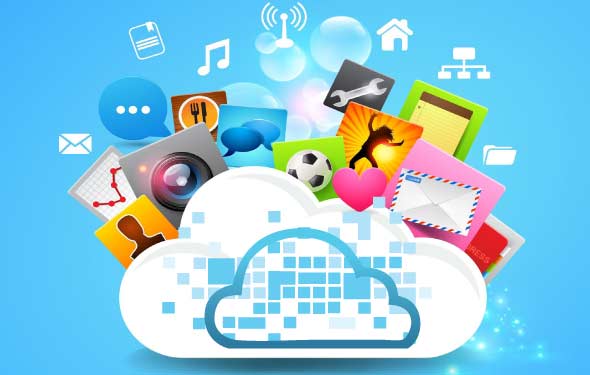 This article explains the architecture of Cloud Foundry, a cloud virtualisation platform that is gaining popularity.

The Cloud Foundry platform, available at cloudfoundry.org, is Apache 2.0-licensed, which is a very friendly open source licence. So if you’re interested in knowing what else sets Cloud Foundry apart, it is:

Architecture
Let’s look at the major components of the Cloud Foundry platform, which are written in Ruby, and run as daemons.

The Cloud Controller
This component of the architecture orchestrates all other components. It also stores information about the status of other components in the architecture, the users, the deployed applications and available services. It exposes a REST interface for accepting requests from the Cloud Foundry command line tool: the VMC client. The Cloud Controller is the external interface used by development and management tools of Cloud Foundry. It also binds external services like RabbitMQ and MongoDB to the deployed applications.

The router
The router, as the name implies, takes an incoming request, and forwards it to the appropriate DEA. It also distributes the load among DEAs, like a load balancer. Like a hardware router, the Cloud Foundry router maintains a routing table, which is referred to before making routing decisions. There will be many routers in a Cloud Foundry set-up, to handle requests. The routers themselves are load-balanced using a traditional load balancer. If an application that the router sent a request to has failed, the router retries the request with another instance of the same application. The routing table is updated in real time, based on the status of the DEAs.

Messaging
The messaging component is used by all other components in the architecture for communications. It is designed to be highly available and reliable. It uses asynchronous messaging semantics for high scalability. This publish/subscribe messaging is used only for internal communications, and is called NATS. For messaging between applications, Cloud Foundry supports RabbitMQ. 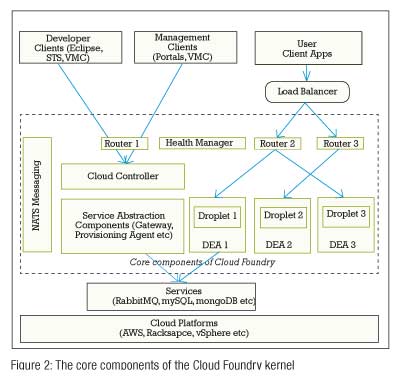 Cloud virtualisation platforms are becoming very popular, since they reduce the risk of cloud vendor lock-in. We have seen the core components of Cloud Foundry and their functions. Being open source, with wide vendor support, there is a good chance that one of your next cloud projects will use Cloud Foundry. So have fun exploring the cloud!