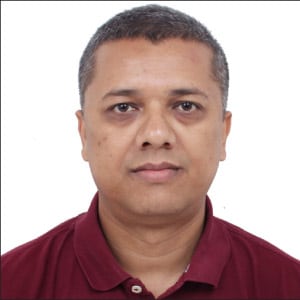 IBM is one of those companies that banks big on open source technology. Those at the helm know this is where the future of technology lies. Diksha P Gupta from Open Source For You spoke to Dipankar Sarma, distinguished engineer, Systems & Technology Labs, IBM India, to discuss the increasing demand for open source professionals and the opportunities that IBM offers them. Excerpts…

Q:What is the Linux Technology Centre at IBM all about and what are its key roles?
I work with the Linux Technology Centre, which is primarily a Linux and open source development organisation. What we do in this centre with Linux pervades across IBM products and we have a number of engineers who work in various geographies. It is a worldwide team based in many different labs across different countries.
We, in India, work on some of the key open source projects that are important from IBM’s perspective. Linux and the Linux kernel are some of the areas in which we have contributed in the past. I have been a contributor to the Linux kernel myself. A lot of people at IBM in India as well as in other parts of the world make a good amount of contributions to the Linux kernel. According to the Linux Foundations statistics, IBM is one of the top contributors to the Linux kernel. Other than Linux, we have contributed to Eclipse, Apache as well as other open source projects, Samba being one of them. In recent times, OpenStack has become a very important project from our perspective. All of these projects are looked after by the parent organisation, Linux Technology Centre.
We work very closely with the open source community to push some of those technologies in a direction that is good for the community as well as for a lot of us who actually make use of those products.

Q:Can you explain the function of the Linux Development Centre in the Indian and global context?
The Linux Technology Centre, as I mentioned, is a core technology development organisation, which is a part of IBM’s Systems & Technology Group. Our main function is to look at some of these key open source projects and make them run on our platforms. We work on the Linux kernel predominantly and we team up with our distribution partners like Red Hat and SUSE to make Linux better, so that those distros run much better on our platforms. We contribute the newer technologies that we develop to the open source community and we benefit from the fact that due to our efforts and contributions, Linux as a distribution works considerably better on our platforms.
Even though Linux is the dominant project in the world of open source technology, it is not the only project that we contribute to. Kernel-based Virtual Machine (KVM), which is about virtualisation using the Linux system, is another project that we contribute to very significantly. It is used on IBM’s platforms extensively. A lot of our customers make use of KVM as well. Samba is also a project to which IBM has made a lot of contributions. In recent times, it is OpenStack that has become a very important project from our perspective, and there are a number of people within IBM who are contributing to it.

Q: At IBM, do you get enough open source talent?
India has a very good history of using and contributing to open source technology. It may have started about 10-12 years ago but, over the years, it has picked up extremely well. There is a study done by the United Nations University in 2006, which showed India as a dominant contributor to the open source projects. PC and computer penetration have a significant role in open source contribution. When you look at the contributions from India by per capita income of the country, you will find that India is a dominant contributor. Also, there is a lot of focus on embedded systems and mobile phone technology development in India, resulting in the development of a lot of local talent.
As far as the industry ecosystem is concerned, and within academia as well, I think we have seen a significant shift towards using open source technology in different ways. There are a number of colleges where we have seen work on open infrastructures. We have seen colleges adopting OpenStack as their internal cloud implementation, to be used for research as well as for convenience within their organisations. We are also seeing Linux being increasingly used in the classroom. Many of the top institutes like the IITs and NITs use Linux for research work as well as for class assignments. They include Linux for the basic C programming classes as well as for complex academic courses, including operating systems and computer architectures. We see a lot of that happening in various universities in India and, hence, we have been able to get people who come to us already trained in many skills in the area of Linux and open source. We have seen these really positive signs in the Indian open source ecosystem.

Q:So, does that mean you get sufficient open source talent from India?
I would not say what we get is sufficient. I think there is still more work to do. More training and awareness is required for open source to spread to many more colleges. Education is a really vast sector.  While we (IBM) hire from a relatively small number of colleges and LTC gets very good recruits from colleges where we see good Linux and open source usage, I think the awareness and open source development skills need to spread to many more colleges in order to cater to the needs of the industry. This will help many companies to recruit more people with open source skills. So, while we are happy with the trends we are seeing, I think there is more to do in terms of spreading awareness and there are a lot of organisations actually making an effort in that direction right now.
There are free and open source software enthusiast groups that organise a lot of awareness sessions and training all around the country. All these initiatives are usually targeted to some of the lesser known universities. We have seen these events being very well attended and welcomed by the academia. I think there is a lot more to be done in that direction but the trends are good as far as we have seen within the academia, at the moment.

Q:What level of improvements are you looking at for Linux and open source to become the norm in the education sector?
I think we have to look at it from two perspectives. Some of the top tier colleges, which have strong academic research programs, have done fairly well in the use of Linux and open source technologies and in creating awareness around them too. They are well on track with respect to that. The real challenge is seen when it comes to open source adoption in large number of other colleges where resources are scarce and also the skills require training. Unfortunately, the knowledge and skills to impart training are also not as prevalent or not available in the large numbers that they are required. I think that is the real challenge;how do we cater to thousands of engineering colleges, some of which are in rural areas, across different parts of the country. And how do we ensure this training is in sync with the latest open source technologies. Remote institutions could also have logistic challenges in terms of the unavailability of really good Internet connections, which is very essential for any kind of open source project development. There needs to be a focus on addressing these challenges to spread the word about open source technology.

Q:Do you think there is an increase in the demand for open source talent? If yes, what are the factors driving this demand?
Yes, I believe there is an increased demand for open source talent in development organisations like ours, as well as in services and in other customer-facing roles. This is also being driven by the adoption of Linux and open source in enterprises. Over the last decade, the use of open source in enterprises has gone up very significantly. I think some of the recent studies show that by 2015, a fairly substantial portion probably in the range of 80 per cent or higher of commercial software will have some open source technology embedded in it. This projection highlights the growth of open source technology, in general. With open source becoming that prevalent, it is natural that the demand for skilled professionals who know how open source works and how to contribute back to the community is only going to go up.
In the Indian context, there are also other factors like the developments in the mobile space, which have also resulted in more demand for open source professionals, especially in the light of the development of Linux and Android.