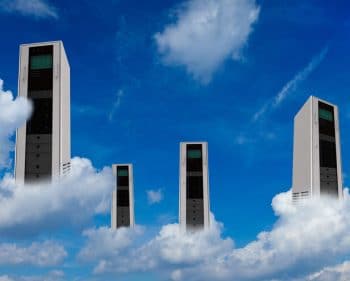 This article delves into cloud simulations, which is a fast-evolving domain. Virtual machines, hypervisors, data centres and cloud simulation tools like CloudSim and GreenCloud are covered extensively.

You must be aware that in cloud computing, remote resources are used on demand and there is no physical infrastructure at the client end. The actual resources are installed and deployed at remote locations, and are accessed remotely by different network-based protocols. There is a provision for computational resources on-demand, with end users being unaware about the physical location and configuration of the servers.

Virtualisation technology and the cloud
Virtualisation is the major technology that works with cloud computing. Dynamic virtual machines are created to provide end users and developers access to actual infrastructure at another remote location.
A virtual machine or VM is the software implementation of any computing device, machine or computer that executes the programs as a physical (actual) machine. When a user or developer works on a virtual machine, all the resources including programs installed on the remote machine are accessible using a specific set of protocols. For the end user of the cloud service, the virtual machine acts like the actual machine.

The term VM was originally proposed and defined by Popek and Goldberg as an efficient, isolated duplicate of a real machine.
Virtual machines are classified into two groups, depending on their use and degree of correspondence to any real machine:

Windows as the host OS

Linux as the host OS

A hypervisor or virtual machine monitor (VMM) is a piece of computer software, firmware or hardware that creates and runs virtual machines. A computer on which a hypervisor is running one or more VMs is defined as a host machine. Each VM is called a guest machine. The hypervisor presents the guest OSs with a virtual operating platform, and manages the execution of the guest operating systems. Multiple instances of a variety of operating systems may share the virtualised hardware resources.

A Type 1 hypervisor is a type of client hypervisor that interacts directly with hardware that is being virtualised. It is completely independent of the operating system, unlike a Type 2 hypervisor, and boots before the OS. Currently, Type 1 hypervisors are being used by all the major players in the desktop virtualisation space, including but not limited to VMware, Microsoft and Citrix.

Type 2 (hosted) hypervisors execute within a conventional OS environment. With the hypervisor layer as a distinct second software level, guest OSs run at the third level above the hardware. A Type 2 hypervisor is a type of client hypervisor that sits on top of an OS. Unlike a Type 1 hypervisor, a Type 2 hypervisor relies heavily on the operating system. It cannot boot until the OS is already up and running, and if for any reason the OS crashes, all end users are affected. This is a big drawback of Type 2 hypervisors, as they are only as secure as the OS on which they rely. Also, since Type 2 hypervisors depend on an OS, they are not in full control of the end users machine.

Just as a virtual machine is mandatory for cloud computing, the data centre is also an essential part of the technology. All the cloud computing infrastructure is located in remote data centres where resources like computer systems and associated components, such as telecommunications and storage systems, reside. Data centres typically include redundant or backup power supplies, redundant data communications connections, environmental controls, air conditioning, fire suppression systems as well as security devices.

The tier level is the rating or evaluation aspect of the data centres. Large data centres are used for industrial scale operations that can use as much electricity as a small town. The standards comprise a four-tiered scale, with Tier 4 being the most robust and full-featured (Table 2).

Cloud simulations
Cloud service providers charge users depending upon the space or service provided.
In R&D, it is not always possible to have the actual cloud infrastructure for performing experiments. For any research scholar, academician or scientist, it is not feasible to hire cloud services every time and then execute their algorithms or implementations.

For the purpose of research, development and testing, open source libraries are available, which give the feel of cloud services. Nowadays, in the research market, cloud simulators are widely used by research scholars and practitioners, without the need to pay any amount to a cloud service provider.

Using cloud simulators, researchers can execute their algorithmic approaches on a software-based library and can get the results in different parameters including energy optimisation, security, integrity, confidentiality, bandwidth, power and many others.

CloudSim
CloudSim is a famous simulator for cloud parameters developed in the CLOUDS Laboratory, at the Computer Science and Software Engineering Department of the University of Melbourne.
The CloudSim library is used for the following operations:

The major limitation of CloudSim is the lack of a graphical user interface (GUI). But despite this, CloudSim is still used in universities and the industry for the simulation of cloud-based algorithms.

In the integration and implementation of Java code and CloudSim, the Java-based methods and packages can be used. In this approach, the Java library is directly associated with CloudSim code.
After executing the code in Eclipse, the following output will be generated, which makes it evident that the integration of the dynamic key exchange is implemented with the CloudSim code:

CloudAnalyst is used to model and analyse real world problems through case studies of social networking applications deployed on the cloud.

GreenCloud is an extension of the network simulator ns-2 that is widely used for creating and executing network scenarios. It provides the simulation environment that enables energy-aware cloud computing data centres. GreenCloud mainly focuses on the communications within a cloud. Here, all of the processes related to communication are simulated at the packet level.