Home Audience Developers An Introduction to Node.js, the Server Side JavaScript 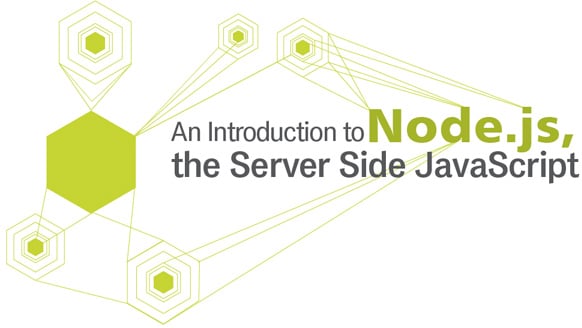 Node.js, often referred to as just Node, is a powerful tool that can run JavaScript applications on both the server side as well as the client side. Node.js can be used to write static file servers, Web application frameworks, messaging middleware, and servers for HTML5 multiplayer games. This article is a very elementary introduction to Node.js.

Node.js is a server side JavaScript built on Googles V8 JavaScript engine. It is an open source programming language that was developed by Ryan Dahl in 2009. It allows us to build scalable network applications, and is very fast when compared with other server side programming languages because it is written in C and the non-blocking I/O model. It is currently sponsored by Joynet, a software company specialising in high performance container native infrastructure. Node.js can run on Linux, Sun OS, Mac OS X and Windows platforms.
The steps below explain the difference between blocking code and non-blocking code models.
In the blocking code model, the steps are:
1. Read a file
2. Process the file
3. Print the result
4. Perform the next function
The steps in the non-blocking code model are:
1. Read a file
1.1. When file reading is completed, process it
1.1.1. When the processing is completed, print the result
2. Perform the next function

An HTTP server
If you are using PHP, a PHP file represents an HTML page. A Web server will accept a request and execute the code. But in Node.js, the main JavaScript file represents the entire Web server. It does not run inside a Web server.
Now lets save the code below as main.js and run it.

How does the code given above work?
The global function require() makes a module available.
HTTP is a built-in module, whereas node-static is an external module. So you need to install the external module with the NPM, by using the following command:

The keyword new is used to create an object.
After installing node-static, you will have a new folder called node_modules in your working directory. Now run the following command:

Step 2: Save the code below as main.js.

Step 3: Run the command node main.js.
This is only an introductory article on Node.js. Interested readers are advised to explore further to find out about other features at https://nodejs.org.