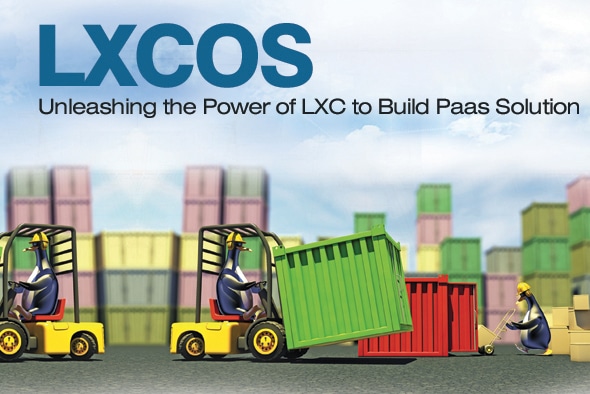 LXC or Linux Containers is virtualisation at the operating system level, which can be used to run multiple isolated containers or Linux systems on a single host. The LXCOS operating system, crafted on Chef, is versatile and can easily use pre-baked templates mainly for Web based CMS.

Gone are the days when we had to provision an entire operating system and install it with all the prerequisites to host an application. Thanks to virtualisation and the even more trendy containerisation, the whole provisioning, sandboxing and build release engineering has turned into an easy task.
In this modern age of Docker, CoreOS, etc, I would like to walk readers through a basic, finely crafted container platform built on pure LXC. But first, lets get familiar with some fundamental facts about LXC and the underlying concepts before getting introduced to LXCOS, its use cases and how it helps in building an internal PaaS (Platform as a Solution).

In a nutshell, LXC is lightweight virtualisation with which a lot of things can be done, including a simple PaaS solution.
Consider a project in which there are several people working on different aspects. Some are writing code, some testing it and there are release managers or build engineers who send the application to production. All these people require considerable server resources to work and collaborate on. They also need their work to be isolated, in order not to disturb each others work. So imagine a system where you can provision the LXC containers, create development environments, deploy code onto them, and sync the databases across the environments. This gives you an internal PaaS solution with much of the TechOps/DevOps tasks automated.
So lets now begin our discussion on the actual topic of this article. 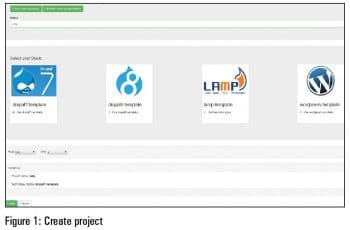 LXCOS
This is an operating system that is crafted using Chef and has the following features which help developer groups provision containers based on templates (http://lxcos.io). 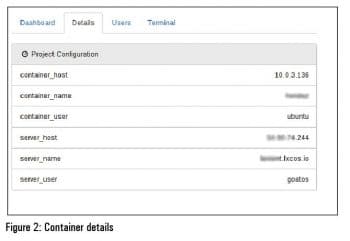 Getting started with LXCOS
LXCOS is released with an Apache licence and its code can be found at GitHub (https://github.com/axelerant/lxcos). Let us go through the steps of having LXCOS installed in AWS and then create containers.
The requirements are:

Step 1: Clone the repository from GitHub mentioned above, into the Chef workstation:

Step 2: Create a GitHub repo with your public ssh keys, which is safe. This provides you access to the newly created node on Amazon, or else we wont get access.

Create a file called keys.git, put all the keys that need access to the node in it, and push the file to a GitHub repository.

Step 3: In the code, modify Line 18 of /base/recipes/configure.rb with the actual repo information:

Step 4: Upload the cookbook to your Chef server:

Step 5: Provision the node in AWS:

Step 6: Make sure that you create a security group with 80 and 22 open and use that.
Step 7: Once the node is provisioned, you can log in to it as:

Now you have a Chef powered node, which can spawn containers for you.
Here is an example: 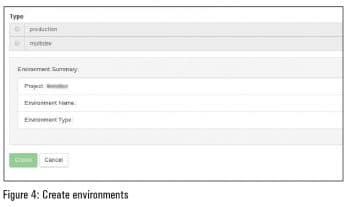 Building a PaaS solution and an example case study
All this can be automated with a gem called LXCOS Runner. You can find it at https://github.com/axelerant/lxcos-runner
If you use LXCOS Runner, you dont need to do any of the above stated steps manually, but you can still build a Web based PaaS. Lets go through a custom built internal PaaS application that has been built using LXCOS and LXCOS Runner. Details on using Runner can be found in its GitHub pages.
Let’s walk through a sample in-house application that has built a provisioning and build release engineering system for Web CMS solutions.
Step 1: Create a project using a template as shown in Figure 1.
With this, we have created a project named osfy and the template Drupal7. This means we get a container created with the software packages required by Drupal7, alongside a GitHub repository provisioned with our associated account.
Step 2: Refer to Figure 2.
We have the container details and its IP address in this section.
Step 3: Refer to Figures 3 and 4.
With this, we can have environments (dev, stage, etc) created and access them via an http URL. These are public routable http URLs for accessing the containers. Each environment lets you automatically deploy code from any branch of your GitHub repository.
This is how we build a simple PaaS solution with LXCOS and LXCOS Runner.
There are endless possibilities with LXC in general, and they can be incorporated into LXCOS and LXCOS Runner. We can also contribute more templates (Django, Symphony, etc) and provision them.