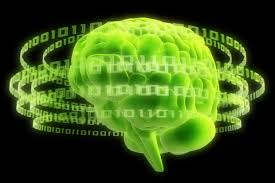 Microsoft plans to open source its AI platform which is based on Minecraft.

Microsoft will be open-sourcing a platform that is being used by researchers for testing artificial-intelligence projects. The AIX platform is already being utilised by Microsoft Researchers. It permits researchers to utilise the unstructured play in the Minecraft game as a testing ground for their AI research.

AIX is going to be open sourced by summer this year under an open-source license. The announcement has come at a time when Google DeepMind has sought attention for the Go games which are being played by its AI program AlphaGo with a key Go player Lee Se-dol. AlphaGo has won three straight games of the five-games match in Seoul, losing one to Lee on Sunday.

Microsoft is focusing with AIX on projects which involve general intelligence. Microsoft feels “is more similar to the nuanced and complex way humans learn and make decisions.”

As per Allison Linn, a senior writer at Microsoft, Artificial Intelligence researchers are developing tools which involve recognising words for example, however, researchers are not being able to combine these skills effortlessly as humans do.

Microsoft had acquired Mojang, the developer of Minecraft, in 2014. Linn also stated that the AIX platform which was developed by Microsoft’s lab in Cambridge, U.K comprises of a “mod” for the Java version and code which assists artificial intelligence agents to sense and act within the Minecraft environment. Both these components are capable of running on Windows, Linux or Mac OS, and researchers can utilise any programming language for programming their agents.