Home Audience For U & Me The evolution of mobile apps ecosystem 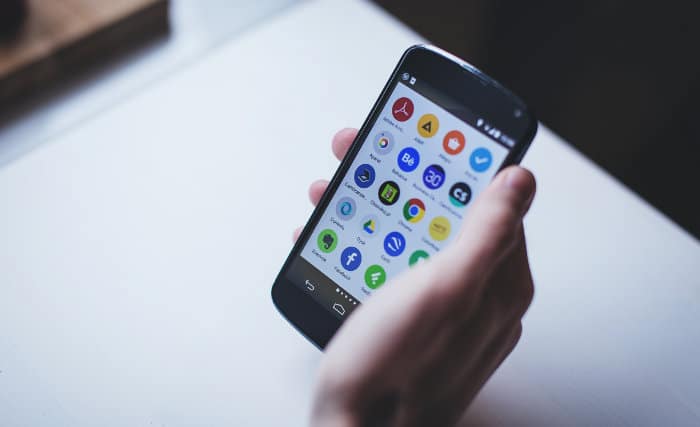 How we experience and consume the content via connected devices has undergone dramatic change over last few years. Apps have certainly improved the scale of product offerings. Companies like Uber have redesigned the app distribution channel. Some of the leading technology companies have aggressively accelerated their growth by leveraging the integration opportunity with widely used services.

The idea of having a screen full of icons that represent apps is coming less and less important. But the content pushed by the apps while sitting in the background is making more and more sense. This is the beginning of mass migration from app stores.

The birth of the app stores

Back in 2007, when Android was introduced, the killer feature of that operating system was to make calls. Google Play Store was not an immediate part of the plan. Tech leaders hated the idea of spoiling the OS experience with third-party apps. But relentless developer pressure forced companies to release the OS SDKs. The leaders were expecting just few thousand native applications in app stores. Today, there are millions of them. App store sales are now as high as $20 billion.

Despite the convenience and experience factor, a majority of native apps in app stores are bad. If you search for terms like “buy”, “play” and “chat” in the Play Store, you will encounter with a long list of spammy apps. Try opting for premium ad space in these app stores and your app gets more visibility from the crowd of spammy apps. In today’s world, app installs are bought, not earned!

The most successful companies in the world build apps to deliver the experience that solves a real world problem. Facebook’s Android app helps the consumer to interact with different elements of Facebook ecosystem. The app is used as one of the number of bridges between company’s core offerings and the user.

An app for everything?

If you make a Google search for top 10 most used apps in the Play Store or Apple App Store, you will find that native apps dominate the list.

Apart from some games like Candy Crush or Clash of Clans, rest apps are focused either on social networking or messaging. The same apps like, Facebook, Twitter and Gmail are browser-based services as well. The native app experience is good for the heavy apps. However, you don’t need a mobile app for every product or service.

Visionary companies such as Uber are looking beyond just a home screen icon. They are deeply integrating with other popular services to distribute the product offerings. Notably, Uber has taken the experience to the next level by partnering with Facebook Messenger. And by this way, the taxi startup has succeeded in tapping into Messenger’s 800 million user base with just a simple chat bot.

Things have dramatically changed in last few updates to Android and iOS. Notifications were earlier used just as a signpost to go to other places, and to open a new destination. This is changing fast. You can now directly take actions in Android and iOS notifications. You can do the actions directly without opening an app at all. The interactive notifications are the future of how you distribute your product services in a much more sophisticated manner to the user. The latest Android Marshmallow has taken this experience even further by breaking notifications into independent cards. Overall, the technology has come a long way from using notifications just as signposts to containers that include content as well as actions.

Google has recently launched a gateway for product companies to drive discovery of mobile services through cards in search results. This is a great leap towards the end of native app dependent services. The search results are the cards that interact with the services in the background. Imagine searching for an airline enquiry and completing the booking process directly within the search process. That’s where the future of internet services world is headed! Google will recommend new services to users before they discover the need for those services. Users can interact and use these services through cards in Google Search, not bloated apps. This way, startups can take advantage of the much bigger ecosystem of Google rather than struggling to create an ecosystem of a small user base of their own.

These new discovery and distribution channels show up today’s apps stores what they really are – a noisy ecosystem full of bloated apps. Deep integration with latest contextually aware technology is the new distribution opportunity for app developers and product startups. They provide a better experience for users by being part of the much bigger ecosystem instead of being just another icon in the target user’s smartphone!