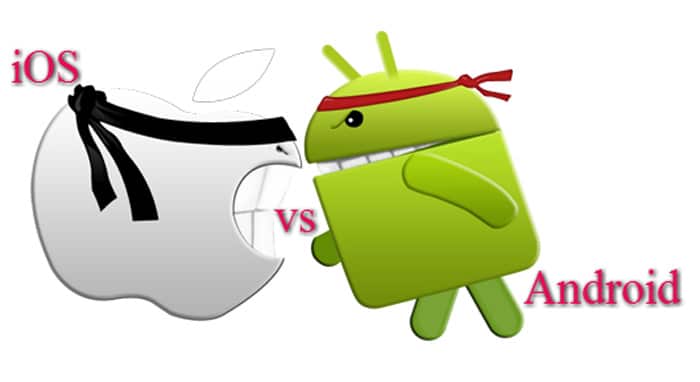 Privacy of app users has been under doubt. Irrespective of the mobile OS, apps ask for access to the users’ personal information like contacts, gallery and messages among others. However, people have started taking data privacy seriously and demanding the transparency in the system. In response, the operating systems have brought in some changes to their app permission system.

We will delve deeper inside the app permission system for iOS and Android and see where they stand when pitted against each other. Both the operating systems will be evaluated with standpoints such as the amount of app permission information provided, clarity of the information and provision to change the permission settings at any time. There are certain pros and cons of both OSs. Read on to explore in detail.

The app users must be made aware of the content, settings and other resources that an app will access on a mobile phone before they install the app. Android and iOS provide this information but in different ways. Both the operating systems provide links to the privacy of the app. Beyond this information, there are certain dissimilarities in the way iOS and Android approach this issue.

When you click on the Permission details on the Google Play’s app page, you will be informed about everything that the app would access. However, you are not told about why do the apps require such information, and this is a disadvantage. In case you wish to know the reasons, you will have to go through the privacy policy and battle your way through the technical jargons which are there in abundance. Some of the new apps developed for Android M seek permission for accessing some device features when you use them first. This is similar to the approach iOS takes.

Apps on iOS, on the other hand, do not provide any app permission information at the time of app installation. The apps ask for the permission of the users only when they use it. For instance, a taxi booking app will ask for access to the GPS when it is used to book a taxi.

Both Android and iOS give you the options to modify the permissions that you have provided to the apps. The ease with which it can be done is, however, different for both.

In the case of iOS, making tweaks in the app permission after the app’s installation is easy, and you can find the settings conveniently. iOS apparently respect the privacy of the users more than Android, and this is something everyone knows. Users just need to go to Setting > Privacy and manage the app permission with an organised set of options. Ad privacy and diagnostics settings can also be managed directly from there. It resembles a final destination where all app permission settings can be modified.

When it comes to flexibility, Android hits the bull’s eye because it gives the users the option to set an app whether it can send or receive SMS. The default app for sending the message can also be changed on Android devices. As of now, these flexibilities cannot be enjoyed by the iOS users. However, iOS impresses its users with its simplicity and ease-of-use. The privacy options in Android might be higher in number, but the fact that they are scattered makes it complex, iOS clearly wins this round.

The permission settings might not be considered of much use for the users if they are not able to comprehend them because they are overloaded with technical terms and lack the clarity.

The detail with which Android provides the information to the users is better than iOS, but the purpose is lost as it is not comprehensible and a user-friendly one. Android has toned down the use of technical jargons in the documents that are meant for the end users in its updates. However, it still has a long way to go.

iOS does not provide a detailed explanation of the app permissions, but the language they use in communicating this information to the users is simple and user-centric. The content comprises a lot of self-explanatory examples to help the users in understanding it without any confusion.

It is beyond the doubt that iOS secures better score than Android by offering a clear view on the app permission and lets the users change the permission settings conveniently. Android is also making amendments in its permission system to render it more streamlined, easy-to-understand, and easy-to-modify.