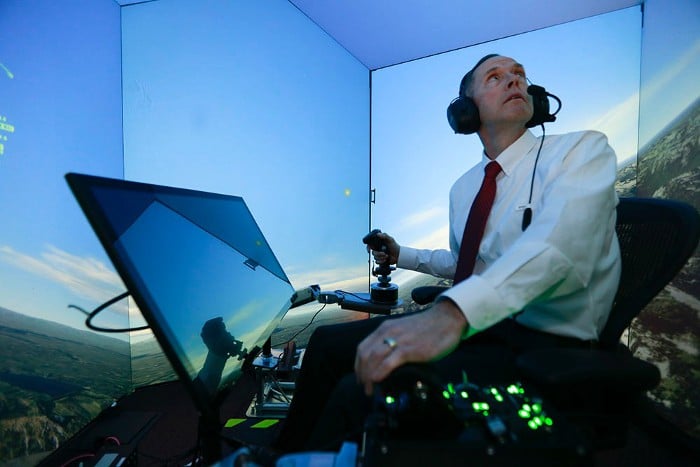 While the original aim of launching the Raspberry Pi was just to let enthusiasts test their home-crafted projects, it now leverages some software tweaks to beat even humans on their own tasks. A doctoral graduate of the University of Cincinnati designed an artificial intelligence (AI) solution for the single-board computer to prove this in reality.

Called ALPHA, the AI defeated a retired United States Air Force Colonel Gene Lee in a combat simulation. Lee describes that the new development is “the most aggressive, responsive, dynamic and credible AI” to date.

Flying in simulators against AI opponents was not a new task for Lee as he has been beating computing programs since the early 1980s. However, ALPHA made the pilot “tired, drained and mentally exhausted” due to its exceptional results.

“I was surprised at how aware and reactive it was,” Lee said. “It seemed to be aware of my intentions and reacting instantly to my changes in flight and my missile deployment. It knew how to defeat the shot I was taking.”

Nick Ernest, the doctoral graduate behind ALPHA, aims to enhance the AI program in the future by extending its capabilities and reducing the instances of mistakes in its operations.

“The goal is to continue developing ALPHA, to push and extend its capabilities, and perform additional testing against other trained pilots. Fidelity also needs to be increased, which will come in the form of even more realistic aerodynamic and sensor models,” Ernest explained.

ALPHA could become an utmost solution for air combat situations. Furthermore, it would emerge as a benchmark for other AI programs and perform tasks commanded through a manned wingman in flight using the power of Raspberry Pi.