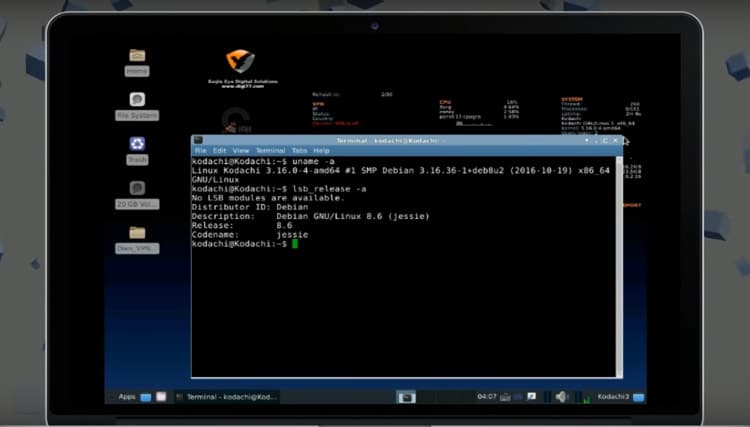 Linux developer W. Al Maawali announced Kodachi Linux 3.6 just a day after the release of its version 3.5 that was debuted last week. This new version addresses connectivity issues with Tor and lets users leverage new VPN for a faster start, stop and reconnect functionality. Additionally, it has replaced the previous Komodo IDE with Geany.

Using the new VPN is much easier. You simply need to paste config on right directory on Kodachi desktop. Kodachi also offers a banned message notification when someone hosts illegal torrent files on your VPN network.

Alongside the updates related to VPN, the updated Kodachi Linux has an enhanced display resolution option. Al Maawali has also upgraded the Kodachi script, Bitcoin wallet and disk encryption tool. Additionally, there is a new Firefox version and some updated plugins.

The latest Kodachi Linux includes Gibru engine to search bookmarks. Besides, there is a new addition of metadata anonymisation toolkit Mat.

You can download the Kodachi Linux 3.6 ISO from its official website. The distribution comes with Refracta installer, which makes its installing on desktops a much easier than before.