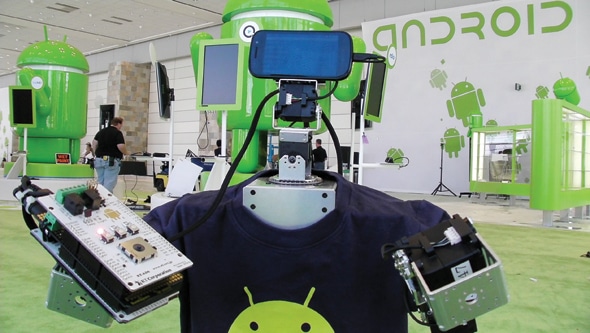 As malware attacks are quite common on Android, Google has uplifted its Verify Apps feature to remove any “harmful” apps without requiring you to make any confirmation. The new development comes from an upgraded Verify Apps feature that was first released in 2012 within Android 4.2 Jelly Bean version.

Originally available within the Security settings, the Verify Apps feature has got a separate tab within the Settings menu on Android to highlight security as a major concern. The new tab comes with options to scan device for security threats and improve harmful app detection to abandon installation of any malicious apps. Additionally, once opened, the feature shows the last four apps that are scanned in the past.

“Verify Apps is a cloud-based service that proactively checks every application prior to installing to determine if the application is potentially harmful and subsequently rechecks devices regularly to help ensure they are safe,” Google explains in a blog post.

Using the cloud support and an algorithm to detect a potentially harmful app (PHA) from a collection, Verify Apps has so far checked more than six billion installed apps and scanned nearly 400 million devices per day.

Apart from scanning and detecting, the Verify Apps feature is capable of eliminating applications silently. “This is an action we will take very rarely, but if a PHA is purely harmful, has no possible benefit to users, or is impossible for you to remove on your own, we will zap it automatically,” writes Google’s communications and public affairs manager Elijah Lawal.

Google is apparently transforming its Verify Apps into a full-fledged solution to protect Android from infected apps. This would be a competitive move against antivirus companies that are garnering huge number of installs by offering similar features.

Ultimately, advancements to a preloaded feature like Verify Apps is the need of the hour for Google to preserve Android’s security. We have seen instances of malicious apps hitting the open source platform in the recent past. Similarly, the operating system had also received some major bug fixes to patch the reported vulnerabilities.