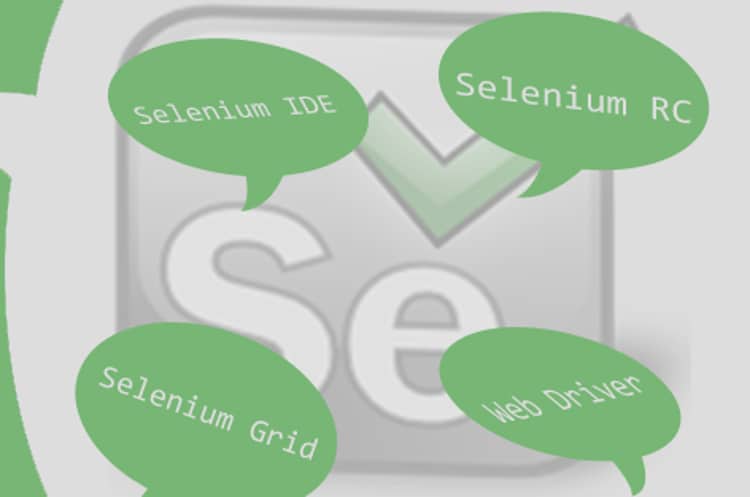 The software development sector usually thinks of automated testing to save the bills of manual testing. In this post, professionals will talk about Selenium automation testing tool and its advantages. Since the cost of testing is a critical factor for any software development project, companies have started giving preference to open source test automation tools rather than investing in expensive commercial testing tools. Without licensing costs, open source automation testing tools offer competitive features. These features are leveraged by developers for automating the testing of software apps and web portals.

Developers can have an entire range of open source automation testing tools for all types of testing like functional, UAT, Web and performance.

Selenium is a free automated testing suite and not a single tool. Each tool of the Selenium caters distinct testing needs of a company. There are four components in Selenium –

Selenium IDE is the simplest framework in the suite of Selenium and is easiest one to learn. It acts as a Firefox plugin that programmers can easily install like another plug-in. Since it is the simplest framework, it is used as a prototyping tool. If programmers want to create more advanced test cases, they can either use Selenium RC or Web Driver.

Selenium Grid is a tool used with Selenium RC altogether to run parallel tests throughout distinct machines and browsers at the same time.

The Web Driver has proven itself a better choice than both Selenium IDE and Selenium RC in several aspects. It involves more modern and stable approach in automating the browser’s action. It does not depend on JavaScript for automation. In fact, the Web Driver regulates the browser by directly interacting with it.

It supports programming languages that are supported by Selenium RC.

Do you know the persons who contributed to the Selenium Project?

Initially, Selenium was developed by Jason Huggins in 2004. While working as an engineer on a web application, he realized the frequent testing requirement. Since the manual testing was becoming inefficient, he developed a JS program “JavaScriptTestRunner” that would automatically control the actions of the browser.

Finding this idea helpful to automate other applications, he created JavaScriptRunner Opensource which was later known as Selenium Core.

Who created major Selenium tools? Let us find out-

Testers using Selenium Core had to install the entire app for testing due to the limitations obligated by the origin policy. The policy revokes JavaScript Code from accessing elements from a domain that vary from its launched area. The policy only let randomScript.JS to access pages inside google.com. It cannot access pages from other sites as they are derived from different domains.

Paul Hammant created a server that acts as an HTTP proxy to make the browser to believe that the web app and Selenium Core being tested come from the same domain. This system was known as Selenium Remote Control.

Selenium Grid was developed by Patrick Lightbody to locate the requirement of minimising test execution times. This system was initially named as Hosted QA by him and it was able to capture screenshots of the browser in critical phases, and simultaneously send out Selenium commands to distinct machines.

Selenium IDE was developed by Shinya Kasatani as a Firefox extension, which is used for automating the browser via a special feature of record-and-playback. He got the idea of Selenium IDE to enhance the speed in creating test cases.

WebDriver was the first cross-platform testing framework created by Simon Stewart to control the browser from the OS level.

Selenium Automation Testing is the best option for modern days automated testing. It is gaining more significance and most of the testers and companies prefer it for automating the web-based app testing for both the GUI and the functionality.

Selenium can also be applied as a unit testing tool for JavaScript.

Is there any way to select right Selenium tool as per your requirement?

Selenium IDE – You can choose Selenium IDE if you want to-
•    Learn about the Selenium and its concepts related to automated testing.
•    Create tests with bit or zero knowledge in programming
•    Create easy test suites and test cases
•    Test web app just against Firefox

WebDriver- You can choose WebDriver if you want to-

For more info on Selenium automation testing suite, you can make comments below and wait for experts to respond.