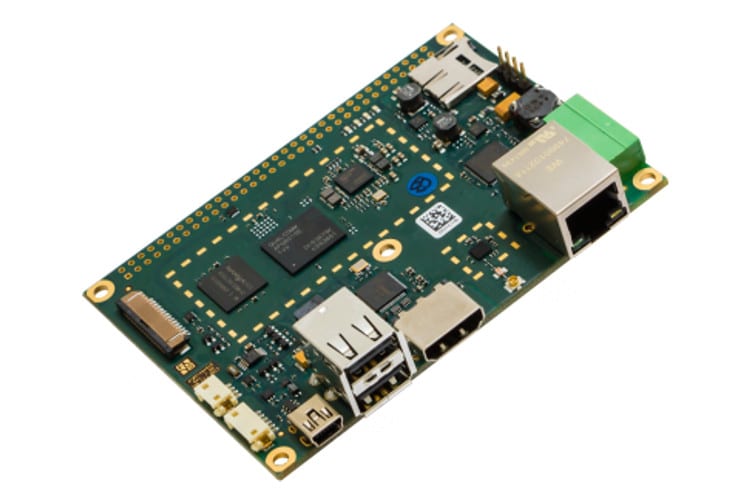 While Qualcomm is continuously supporting Android, Germany-based F&S Elektronik Systeme has developed a new single board computer that can enable pure Linux experience. Called armStone A53D Pico-ITX, the new board is powered by a Snapdragon 410E that was debuted in October last year to support embedded computing and Internet of Things (IoT).

The armSton A53SD has F&S Linux BSP that includes Linux 4.1 kernel as well as Buildroot and Yocto Project. Additionally, you have the option to run a preconfigured Ubuntu version or install Windows 10 IoT.

F&S has provided a 1.2GHz Cortex-A53 Snapdragon 410E chipset along with up to 8GB of LPDDR3 and 32GB eMMC storage. The board also has a microSD card slot that can be a source to run a secondary platform.

The armStone A53SD has DVI and LVDS interfaces and connectivity options such as Wi-Fi, Bluetooth in addition to an Ethernet port and four USB ports. Also, there is a 66-pin GPIO interface.

F&S will launch the armStone A53SD in the third quarter. In the meanwhile, the computing board will be debuted at the Embedded World 2017 in Nuremberg, Germany, next week.

Similar to the latest F&S development, Inforce Computing recently brought its 6309L SBC and 6301 COM with Snapdragon 410E chipset. However, F&S’ armStrone A53SD is exclusive to Linux kernel, while the Inforce boards can run both Linux and Android.