Lex is a computer program that generates lexical analysers. It is commonly used with the Yacc parser. Originally distributed as proprietary software, some versions of Lex are now open source.

I would like to start by saying that the creator is as important as the creation. Lex and Yacc are the creators of a compiler and an interpreter, respectively. To be specific, Lex is used in the first phase of compilation, which is called the lexical analysis phase, as a lexical analyser generator; while Yacc is used in the second, parsing phase as a parser generator. You may feel that since you are not into compilers, this article is of no use for you. Yet, if you use the pattern matching algorithm, this article will help you.
The lexical analysis phase involves the processing of words, the core of which is the identification of patterns in the input. You might have used different pattern matching algorithms. When searching for a single pattern, if we use C for the search, a nested loop containing a conditional statement may be required, though that may not be so simple. Ten patterns may need a minimum of 10 conditional statements if a simple line of code is required for checking a pattern. This is where Lex comes in with the wand of regular expressions.
Lex was developed by Mike Lesk and Eric Schmidt in 1975. According to them, Lex is a program generator designed for lexical processing of character input streams. This is done with the help of regular expressions. Lex identifies the input strings based on the regular expressions specified in the program. Sample programs in this article were run using Flex. Depending on the version used, commands and programs may vary slightly.

Installing Lex
Installation in Linux: Lex is proprietary software, though open source alternatives to it are available. Flex or fast lexical analyser is one such package. To install Flex, type the following command in the terminal:

Installation in Windows: In Windows, installation is done by simply downloading the package and running the program. When you install, make sure that the package is not installed in the folder Program Files.

We can see that in all the above sentences, the first word begins with ‘S’ followed by a sequence of characters. The next word is ‘is’, then comes a two digit number which is followed by ‘years old’. This pattern can be represented using a regular expression such as:

Here, S[a-z]+ denotes that one or more occurrences of any character from ‘a’ to ‘z’ can follow ‘S’, and [0-9]{2} represents any two-digit number. Note that blank spaces are used to separate each word in the sentences and are used similarly in the regular expression also.
According to Wikipedia, a regular expression is a sequence of characters that define a search pattern, mainly for use in pattern matching with strings, or string matching. The following are some of the notational short-hand symbols used in a regular expression:

We can write the regular expression as:

The structure of a Lex program
To quote from the book of Genesis, where the Biblical version of the creation of the world is described, “And God said, ‘Let there be light’ and there was light.” Likewise, the Lex compiler said, “Let there be the file lex.yy.c: and there was lex.yy.c.” But wait, before discussing lex.yy.c, we must discuss the structure of a Lex program, which consists of the following sections:

The rule section: This section starts and ends with %%. All the rules for translation are defined within this section. Each rule has a pattern and an action part separated by a white space. The patterns are specified using a regular expression. ‘|’(a vertical bar) can be used to separate patterns for which the action is the same.
For example:

This set of rules will identify ‘int’ and ‘char’ in the input file as keywords and ‘a’, ‘name’, and ‘sharon’ as strings for the same input. Thus the order in which rules are specified does matter in Lex programs.
Another notable feature is that Lex patterns will match a given input character or string only once and execute the action for the longest possible match.
For example, the input contains a string ‘intimacy’. It can be thought of as resulting in printing ‘int’ as the keyword and ‘imacy’ as the string. But since Lex carries out the action for the longest possible match, ‘intimacy’ will be identified as the string.
User defined subroutines: This section includes the definition of the main( ) function and other user defined functions which will be copied to the end of the generated C file. The definition of main() is optional, since it is defined by the Lex compiler.

Program execution
A Lex file can be saved with the .l or .lex extension. Once the program is compiled using a Lex compiler, a C file lex.yy.c is generated. It is then compiled to get an a.out file, which accepts the input and produces the result. Diagramatic representation of the same is shown in Figure 1.
The following command is used to compile a program using the Lex compiler:

The C file generated — lex.yy.c — can be compiled using a gcc compiler:

The above code generates the executable file a.out. The lfl or ll (depending on the alternatives to Lex being used) options are used to include the library functions provided by the Lex compiler.

The above command will give the desired output.

Sample program 1
The following is a Lex program to count the number of characters in a file:

All the user defined variables must be declared. In this example, the variable charCount is declared in the definition section. Otherwise, when the lex.yy.c file is compiled, the C compiler will report the error ‘charCount undeclared’. The regular expression [a-zA-Z.] represents any letter in the English alphabet or a . (dot). Whenever a letter or . (dot) is encountered, charCount is incremented by one. It is to be noted that when you want to use . (dot) literally outside [ ], not as a wild card character, put a \(backslash) before it.
When you write the rule section, make sure that no extra white space is used. Unnecessary white space will cause the Lex compiler to report an error.
In the main() function, yylex() is being called, which reads each character in the input file and is matched against the patterns specified in the rule section. If a match is found, the corresponding action will be carried out. If no match is found, that character will be written to the output file or output stream. In this program, the action to be performed when ‘+’ is encountered is not specified in the rule section. So it is written directly to the output stream. Hence sample output_1.

The lex.yy.c file
The following is a description of the generated C file lex.yy.c. The Lex compiler will generate static arrays that serve the purpose of a finite automata, using the patterns specified in the rule section. A switch-case statement corresponding to the rule section can be seen in the file lex.yy.c. The following code segments are from lex.yy.c, obtained by compiling sample program 1.

This is generated corresponding to the rule section in the sample program. We can see that case 0 is for input retraction. This is needed because it may be that only after reading the next character does the compiler understand that the character read is part of the next token. In that case, the file pointer needs to be retracted. Case 1 includes the action specified in Rule 1, to increment the value of the variable charCount. Case 2 is for simply printing the unrecognised symbol to the output stream. ECHO, seen in Case 2, is a macro name and its definition is as follows:

ECHO will simply write the content of yytext to the output stream. The use of yytext is mentioned in the next section.
The definition of YY_BREAK, a macro name seen in Case 2 of the above switch case block, is as follows:

Thus YY_BREAK is to break the flow of execution.

Built-in functions and variables
The Lex compiler provides us with a number of built-in variables and functions. Some of them are listed below.

Sample program 2
The following program will make it clear how users can define their own sub-routines to use in a Lex program.

The above program prints nothing but the combination of digits in the input to the output stream. We can see that the second pattern specified in the rule section is a simple . (dot) and the action part specified as ‘{}’. This means whenever this pattern matches, do nothing. You can see the variable yytext, which contains the current lexeme, is passed as the argument to the user defined function display(). Another point to be noted is that this program does not contain a main() function. The default definition of main() must be included while this program is compiled. Otherwise an error will be generated. As stated earlier, the definition of main() can be included by compiling lex.yy.c with the lfl or ll options.

Lex is a very powerful tool that can be used to manipulate text that involves patterns. It gains its power from regular expressions. Luckily, the Lex language is compatible with C, a very commonly used programming language known to even high school students and thus, many of the problems solved using C can be coded in Lex. This simple tool makes the job of programmers easier.
We cannot downgrade the role of Lex to that of merely a simple pattern matcher. It finds application in the lexical analysis phase of a compiler too. More details about the construction of a lexical analyser using Lex can be seen in the book ‘Compilers: Principles, Techniques and Tools’ by Alfred V. Aho, Ravi Sethi and Jeffrey D. Ullman. 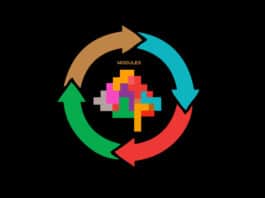 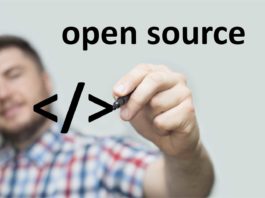 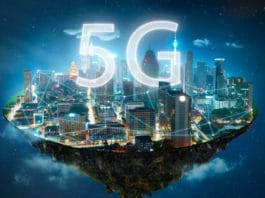