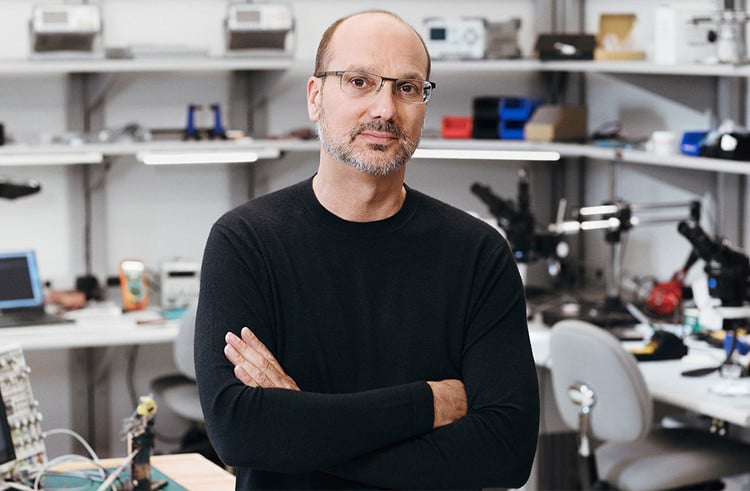 While Amazon, Apple and Google are so far busy in a close fight to lead to the emerging market of smart home solutions, Andi Rubin, the creator of Android platform, has just stepped into the arena with his Ambient OS. The new smart home platform will be available as an open source offering and will come preloaded on Essential Home that is designed to take on Amazon Echo and Google Home.

Rubin, 54, established Essential Products in November 2015 to build Ambient OS-based Essential Home and Android running Essential Phone. Ambient OS is planned to be as fragmented as Android — apparently to receive maximum contributions from developers as well as to expand in terms of userbase and hardware over time.

“We are going to do it like we did when we developed Android, which is really focused on solving the consumer need,” Rubin stated in an interview with veteran tech journalist Walt Mossberg at Code 2017 conference.

The fragmentation factor of open source Ambient OS would delay its upgrade rollouts. However, the Android maker hinted that the upgrade rate would not be as low as Android. He also explicitly mentioned that rolling out an upgrade to 100 percent customers is not viable.

Rubin did not reveal much about Ambient OS in his hour-long interview with Mossberg. However, Software Systems Architect Manuel Roman states that the platform is designed to “activate” home with a set of services and abstractions.

“Ambient OS is the API to your home that enables the creation of applications that extend the reach of a single device,” Roman writes in a blog post.

Developers with Ambient OS API access can utilise the available devices, services and home information to create their smart applications. Furthermore, the platform includes some artificial intelligence (AI) tactics to learn from its users and even suggest certain behaviours.

Palo Alto, California-based Essential — under the leadership of Rubin — is building a feature-rich ecosystem for future. This ecosystem has the Essential Phone and Essential Home as the two initial hardware offerings. Both the models would please developers. However, Ambient OS is likely to be the most compelling development by the 18-month-old company.

The extent to which developers would leverage Ambient OS is yet to be predicted. Meanwhile, you can take a sneak peek into the future through almost bezel-less Essential Phone or voice recognising, modular system Essential Home.