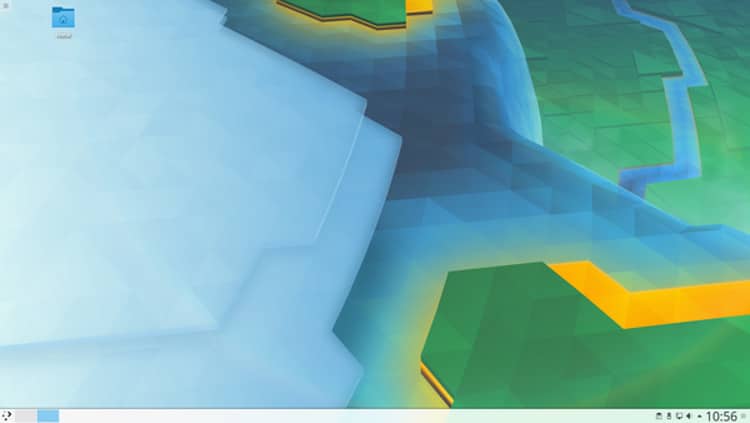 KDE Project has announced the official release of KDE Plasma 5.10. Arrived two weeks after reaching the beta milestone, the new release comes with a fresh experience through a Folder View.

The introduction of Folder View is a major change in the KDE Plasma 5.10 release. It has replaced the previous Folder Widget and comes with features such as sprint loading functionality, space-saving icon grid, better mouse behavior and unified drop menu.

The KDE team took years to realise that Folder View as an easy-to-use interface for users. The desktop also includes various enhancements like back button history, resizing widgets on the desktop, undo shortcut support and a clickable location in the headings. Further, the desktop view is well optimised for various production environments.

Alongside the Folder View, the latest release has Plasma Discover package manager that comes with integrated Snappy and Flatpak technologies. These new additions enable users to easily install universal binary apps on their system. The update also has an upgraded Task Manager that includes functional improvements. It now supports grouping and ungrouping of apps. Also, the tool supports mouse shortcuts.

The KDE team has additionally included a few features that it built while porting KDE Plasma to Wayland. The built-in KWin window manager now supports display scaling by different levels on HiDPI and DPI screen monitors. The available virtual keyboard is also available on both the login and lock screens. Additionally, the software supports the touchscreen edge swipe gesture.

Apart from the major new features, there is a number of small improvements that KDE has packed in the latest release.

It is worth noting here that the KDE Plasma 5.10 release is supported till August 22. You can expect to see total five stability and bug point releases until then. Moreover, the source packages have been published on the official KDE site for OS integrators.