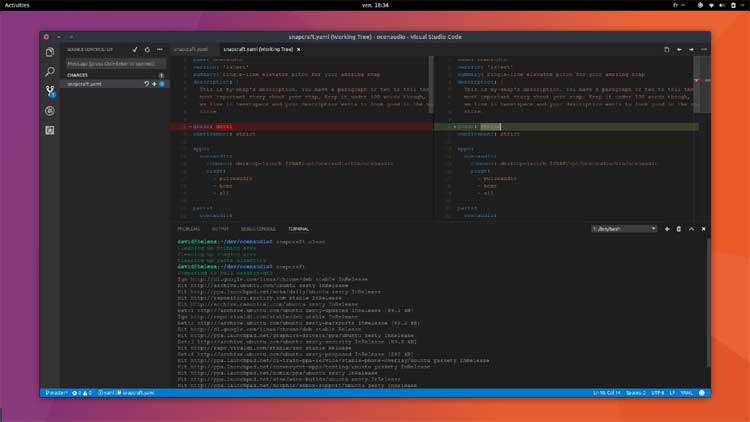 Microsoft has brought a desktop snap of its Visual Studio Code. The new development is a yet another move by the Redmond giant to please Linux users.

The Visual Studio Code snap package can be installed with a single line of command in the Terminal. You need to type the following command in Terminal:

Ubuntu 14.04 and 16.04 are the first to natively support the Visual Studio Code snap. The snap package comes with auto-update support on the latest Ubuntu editions. There are also features such as smart completion based on types and functions, integrated support for git and a versatile integrated debugger.