Open Source Software That Can Partner with MS Windows 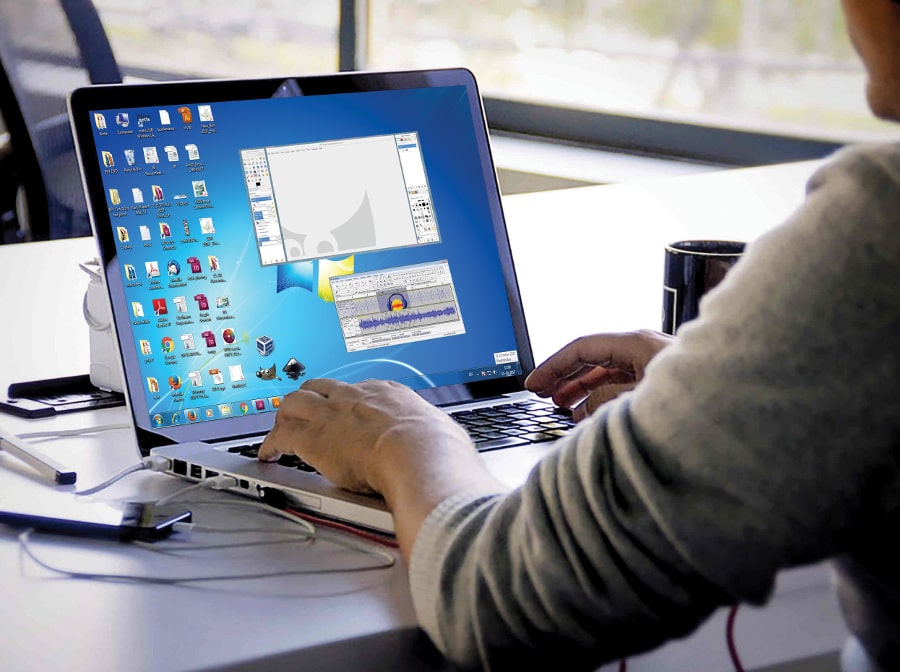 The open source world is filled with software that can be used along with the proprietary Windows operating system, without causing any inconvenience. Here’s a selection of software that is free, open source and compatible with MS Windows.

The expression ‘open source software’ refers to software that is available free, and its source code has been made publicly available for study, modification and use on any system. Often, the goal in releasing this source code is to enable community collaboration in developing this software in a more open, efficient and rapid manner. Depending on the licence, open source software can have different terms for unrestricted usage.

Microsoft Windows is representative of a family of operating systems released over the years, each catering to an industry, or customised to fit a subset of business and development purposes.

Microsoft has long faced flak from the Linux community for keeping its operating system closed source, even as it manages to outsell all Linux distributions, combined. Yet, Microsoft has recently become a member of the Linux Foundation and maintains a presence on GitHub. It has upped its commitment to software developers and the open source community with the recent and rapid release of a lot of features, especially the Windows Subsystem for Linux, which allows developers to run the Linux command line directly in Windows without the overhead of a virtual machine. Some popular features of the new Windows release include increased control over the task manager, an inbuilt package manager, multi-desktop support, and so on.

Let us take a closer look at the various categories of open source software available for use on Windows.

Firefox: A product created by the Mozilla Foundation, Firefox is an open source Web browser first released in 2002. It is the default browser on most Linux distributions but has a huge following on Windows machines as well.

Chromium: The father of the modern-day Chrome Web browser, Chromium is based on the original source code that Google then modified to create Chrome. It has set itself up as a serious contender to Firefox, being the default Web browser on Linux systems.

Pidgin: A free and intuitive multi-protocol chat client used by hundreds of thousands of people, Pidgin can connect to AIM, Google Talk, ICQ, IRC, XMPP and other networks concurrently.

Thunderbird: Developed by Mozilla in 2004, Thunderbird is still one of the most popular open source software challenging Microsoft Outlook today. It caters to the growing demand for an email client for modern users.

LibreOffice: A powerful office suite, LibreOffice provides an uncluttered and intuitive user interface that serves to boost productivity. The software kit includes several applications that make it one of the friendliest and fastest-growing office suites in the free and open source community.

PuTTY: This is a free implementation of SSH and Telnet for Windows and UNIX platforms, along with an xterm terminal emulator. It is written and maintained primarily by Simon Tatham.

7zip: This is a free and open source file-archiver—a software used to put groups of files into compressed folders termed as ‘archives’. Written by Igor Pavlov in 1999, it has a high compression ratio, making it a very effective software.

FileZilla: Born as a class project of three students in 2001, this tame software has since evolved into a gigantic full-featured file manager and file server. FileZilla offers protected file sharing, which requires a user name and password to access the shared data.

VLC media player: VLC is widely used as a media player and streaming software. It is capable of playing files, discs, Web cams, devices and streams. It can even be used as a video downloader.

GIMP: The brainchild of Spencer Kimball and Peter Mattis, the GNU Image Manipulation Program or GIMP serves as an open source graphics editor, an alternative to Adobe Photoshop. It can be used to create and update photos or clip-art in various image formats such as JPEG, PNG, TIFF, and so on.

VirtualBox: VirtualBox is professional grade, open source virtualisation software. It is a general-purpose full virtualiser for x86 hardware, targeted at server, desktop and embedded use.

Cygwin: This is a large collection of GNU and open source tools that provide functionality similar to a Linux distribution on Windows. Cygwin provides native integration of Windows-based applications, data, and other system resources with applications, software tools and data of the UNIX-like environment.