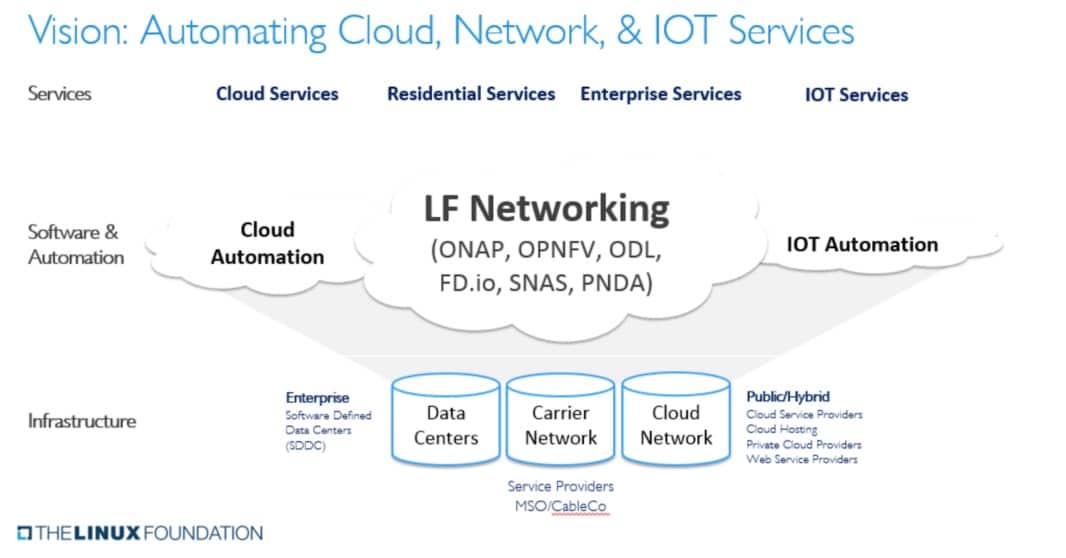 The Linux Foundation has announced the LF Networking Fund, or LFN. This initiative aims to combine the multiple open source networking projects currently under its supervision.

The six founding open source projects involved in the LFN are FD.io, OpenDaylight, Open Network Automation Platform (ONAP), Open Platform for NFV (OPNFV), PDNA and Streaming Network Analytics System. An additional 83-member organization is participating in LFN. This is significant because members of the Linux Foundation can choose whether they want to join LFN, and they can participate in as many or as few of the projects as they want.

According to Joshipura, the open source networking projects will remain technically independent, maintain their existing charters and work towards their individual releases (all of which are still on schedule). But it is notable that the projects will be under a single governing board and will share financial resources and staff.

LFN is expected to address issue of onboarding virtual network functions (VNFs). Instead of having inconsistent processes for VNF onboarding, LFN will work toward a single architecture and process to support that effort. “We at Linux Foundation does not want ONAP to do it one way and OPNFV to do it another way,” he said. “Now, it’s one way to do it across projects,” Joshipura shared.

In addition to the regulations across projects, the board and councils will allow LFN members to share project testing, development, deployment and architecture integration best practices.      Read more…