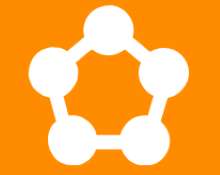 Microsoft has officially blogged that the company is open sourcing Service Fabric. It is going open source under the MIT license and “over the coming months” will transition to an open development process on GitHub, the team wrote.

Service Fabric (first known as “Windows Fabric” is Microsoft’s Azure platform-as-a-service 2.0 microservices platform. It also competes to some degree with Kubernetes, as both platforms can act as orchestrators, packaging, deploying and maintaining applications and containers.

Microsoft officials have referred to Service Fabric as its “secret sauce,” and use it internally to run pieces of the Azure core, Skype for Business, Intune, Event Hubs, Azure SQL DB Cosmos DB, Cortana and more.

Microsoft has made available Service Fabric for Windows, Linux, Windows Server and for Linux in Azure. As of now, you can compile and test Service Fabric for Linux, everything from the low-level clustering and federation layers all the way up to process and container activation.

The blog also shared future plans that Microsoft will also be opening it up for contributions.

As of yesterday, the Linux version of the Service Fabric repo and related build and test tools were available on GitHub, allowing interested parties to run basic tests, open issues and submit pull requests. Microsoft is working on getting the Windows version migrated to GitHub, according to its blog post.

Over the past year, Microsoft open sourced various pieces of Service Fabric, including Reliable Services, Reliable Actors and its ASP.NET Core integration libraries. Microsoft’s plan is to open source its entire runtime, plus a build environment for Linux and Windows.

The company will continue to support all the Service Fabric products — like in Azure and all standalone offerings even after it is on GitHub.

Microsoft has been open sourcing a lot of its software, services and even its documentation as of late. But some of the pieces the company is releasing this way are more noteworthy and surprising than others.