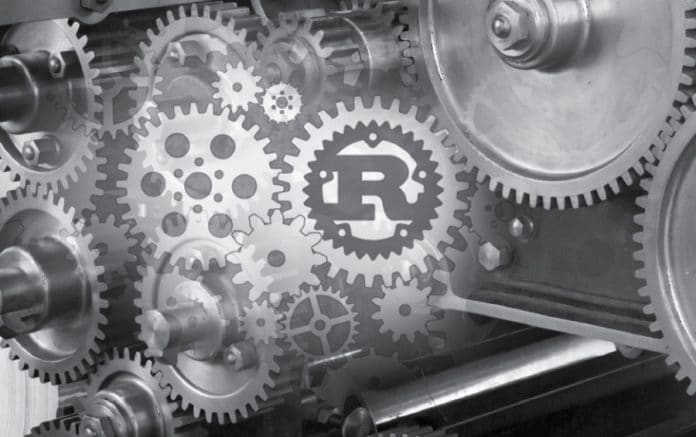 Rust is the new, upcoming systems programming language that is experiencing tremendous popularity because of its features, efficiency and user-friendliness. It is quite similar in syntax to simple programming languages. The compilations are also in the form of bash Linux commands, so Rust can be used by most Linux users with ease.

Rust is a pretty easy to install. It can work on almost all platforms such as Linux, Mac and Windows, including on x86 bit systems and x64 bit systems.

For installing it in Linux, a simple shell script command (which includes the website location for downloading) using the ‘curl’ command does the trick. For Windows and Mac, we can download the setup file directly from the official website and run it easily on the respective platforms.

Rust is open source and, hence, there are no specifications or rules for using this language.

Rust has a number of important features that help to overcome the issues with many other programming languages and, therefore, increase both the safety and performance of a program. It offers features such as moving semantics, which means that we can modify the semantics as per our needs. It is a neutral form of language and can be moulded in any form, unlike other languages. Rust has generics that are based on traits; therefore, it can forward the hierarchy with the help of inheritance. It can also bind with other languages such as C with great efficiency and ease. Rust also provides the feature of pattern matching, which helps us to sequence-check algorithmic processes. Its other features include threads without data race conditions, zero-cost abstraction, minimal runtime and type inference.

The semantics and syntaxes for Rust

Rust supports all types of semantics with a very easy and flexible syntax. It provides many different types of syntaxes for basic coding, variable binding, conditional statements, vectors and much more.

Rust offers systems of ownership and easy memory management, making it quite safe from memory loss. As it supports the ownership features of semantics, it can also reference, borrow and pass on the ownership and rights of access of any data member or function in the programming language. With the feature of type casting, we can also make a type alias in the code with just the simple keyword ‘type’.

Apart from this, all the basic features are perfectly stable. These include access authorisation, raw pointers, crates and modules, constants, universal function-calling, patterns, generics, mutability and many others. 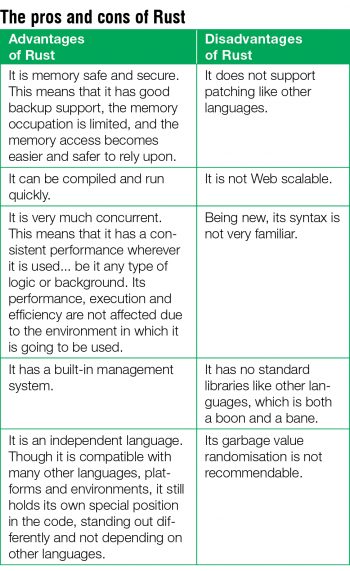 Rust is a basic, low-level programming language and hence can bind easily with the systems of any type of architecture. This is why it is known as a systems level programming language. Rust has the semantics, easy syntax and coding format that help to provide iterators and concurrency formats with a simple syntax, and hence it increases the efficiency of the program as well as its runtime accuracy and precision. It has a built-in error-handling feature, which makes it easy for even a lay person to easily use this language. Rust has no standard form of library; therefore, there are no hard and fast rules that need to be followed in order to write efficient program code.

The best part about Rust is that it does not require users to know any other type of coding language, and can be learned and used effectively within a short period of time. Rust is an object-oriented programming (OOP) language and is data oriented. It supports all the features of OOP such as polymorphism, inheritance, encapsulation and abstraction.