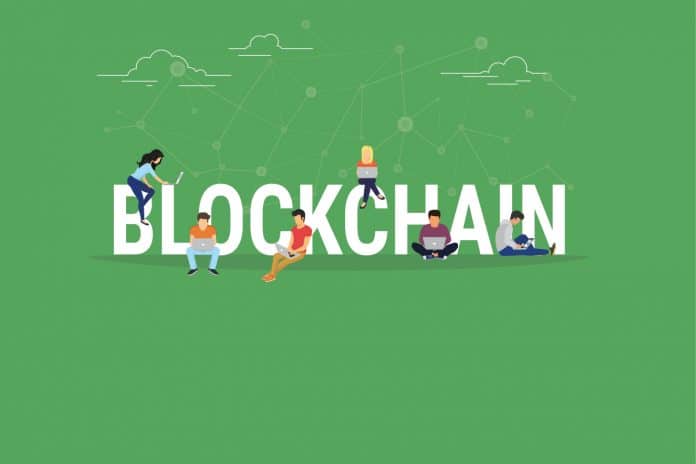 Since the phenomenal rise in the value of the cryptocurrency Bitcoin, which uses a blockchain for accounting, there has been a tremendous interest in blockchain technology. A blockchain is a transparent distributed ledger which is revolutionising the financial services industry by empowering millions across the globe to authenticate and transact immediately, without the involvement of expensive intermediaries. This article introduces a few popular open source platforms that help in the quick and easy development of blockchain based applications.

Blockchain technology is termed as the ‘Fifth Evolution’ of computing. A blockchain is regarded as a novel approach to distributed databases. It is a disseminated database of open records which documents all transactions or advanced events that have been executed prior to that point in time when it is shared among participating members. Every transaction in the public record is confirmed by agreement by a larger number of members within that framework.

These days, transactions between persons or companies are often centralised and controlled by a third party organisation. Making a digital payment or currency transfer requires a bank or credit card provider as the middleman to complete the transaction. In addition, a transaction attracts a fee from banks or credit card companies. The same process applies to other application domains like games, software, etc. The transaction system is centralised, and all data and information are controlled and managed by a third party organisation, rather than the two principal participants in the transaction. Blockchain technology has been developed to solve this issue.

A blockchain is a data structure that makes it possible to create a digital ledger of data and share it among a network of independent parties. The ultimate goal of blockchain technology is to create a decentralised environment where no third party is in control of the data and the transactions. A blockchain is a distributed database solution that maintains a growing list of data records that are confirmed by the nodes participating in it. The data is recorded in a public ledger, which includes all the information about every transaction ever completed. This information is shared and available to all nodes. This, in turn, makes the blockchain system more transparent and leaves no room for third parties.

Blockchains are secure by design and include sophisticated distributed computing systems with high Byzantine Fault Tolerance. Blockchain technology was invented by Satoshi Nakamoto in 2008 to serve as a public transaction ledger of the cryptocurrency called Bitcoin. The invention of the blockchain for Bitcoin made it the first digital currency to solve the double-spending problem without any need for a centralised server or third party trusted authority.

Till date, Bitcoin is still the most commonly used application using blockchain technology. Bitcoin is a decentralised digital currency payment system that consists of a public transaction ledger called a blockchain.

There are many different kinds of blockchains.

All the above blockchains use cryptography to allow every participant on any given network to manage the ledger in a secure way, without the need for any central authority to enforce the rules.

The underlying principles of the blockchain

The following are the five basic principles underlying the technology.

How a blockchain works

The blockchain is a new concept when compared to traditional financial practices and can involve a series of complex steps. The following points highlight the processes in a blockchain. The first few steps are simple to understand, but the subsequent steps become complicated as transactions mature.

Blockchain technology was first used for financial transactions, but nowadays, its scope is increasing rapidly. Today it is applied in a variety of industries like e-commerce, data management, energy, online voting, gaming, e-governance and many more.

A number of commercial and open source platforms provide the framework for creating applications that support a blockchain. A blockchain product must fulfil the following primary requirements:

To develop a smart mobile blockchain app, one needs to use a transaction and ledger model. For easy and quick blockchain app development, there are various open source platforms available, some of which are featured here.

Ethereum is an open source, public, blockchain based decentralised platform running smart contracts — applications that run exactly as programmed without any possibility of downtime, censorship, fraud or third-party interference. It was proposed in 2013 by Vitalik Buterin and was crowdfunded online between July and August 2014.

Ethereum is made up of the following components.

Hyperledger is an open source collaborative effort hosted by the Linux Foundation and doesn’t support Bitcoin or any other cryptocurrency. The objective of Hyperledger is to advance cross-industry collaboration by developing blockchains and distributed ledgers, with a focus on improving the performance and reliability of these systems as compared to traditional cryptographic designs – in order to make them capable of supporting global business transactions by major technological, finance and supply chain companies.

The following are some of the Hyperledger frameworks.

Some of the popular tools of Hyperledger are listed below.

Corda is an open source distributed ledger platform for recording and processing financial agreements that support smart contracts. The objective of Corda is to provide a platform with common services to ensure that any services built on top are compatible with network participants and innovations happen faster.

Corda is the only platform offering the ‘universal interoperability of public networks with the privacy of private networks’. As compared to traditional blockchains, Corda ensures minimal information leaks by sharing transaction data only with participants that require it. It maintains confidentiality and provides encryption to client data.

As a smart contract platform and host of distributed apps called Dapps, it acts as a gateway to a network of fully interoperable Dapps for finance and commerce. These are called CorDapps.

Listed below are some of the key components of Corda.

It is fully compatible with API level as well as contract level protocols in Ethereum, and smart contracts are designed using the Python programming language. In a HydraChain network, all the blocks are not allowed to enter the network without proper validation, and any block can only be added with a proper validator’s signature. Once the block enters the network, it becomes persistent with no reverts.

The HydraChain platform provides the following components in a blockchain.

MultiChain is an open source blockchain platform that enables user based networks to supposedly perform 1000 financial transactions per second. It enables enterprises to build and implement blockchain applications with speed. It is specially designed for customers with requirements similar to what Bitcoin offers but with special features for corporate entities. With MultiChain, banks can even build their own blockchains. It offers users 45 customisable parameters and changeable protocol-level restrictions.

The following are some of the unique features of MultiChain:

Openchain is a distributed ledger based on open source technology and is specially designed for organisations to issue and manage digital assets in a highly scalable, secured and robust manner. Openchain doesn’t make use of the concept of blocks, and transactions are directly chained to one another. Transactions get linked to the chain at the same time that they are submitted to the network.

This is how it works:

There are three modules of the Openchain blockchain.

Elements, being an open source collaborative project, was designed to bring advanced technological improvements to Bitcoin technology. It is a blockchain based digital currency that aims to revolutionise the loyalty rewards industry. It offers a unique platform to multiple merchants to leverage the underlying cryptocurrency technology to boost sales, visibility and customer satisfaction.

It operates on the Proof-of-Work (POW) mining algorithm with the X11-changed hashing algorithm as its POW. It provides a universal loyalty currency that can be adapted by various merchants and used by customers as per their requirements.

Components of the Elements blockchain are:

Quorum is an open source extension to Ethereum created by J.P. Morgan. It supports transaction and contract privacy. It was designed especially for applications requiring a high speed and throughput in terms of processing private transactions and a permissioned group of known participants.

It has also been designed to overcome many of the key challenges of the financial industry. Being an extension to Ethereum, it basically modifies some part of the Ethereum core and is able to integrate all updates of Ethereum without any hiccups.

The following libraries have been designed by developers especially for Quorum: