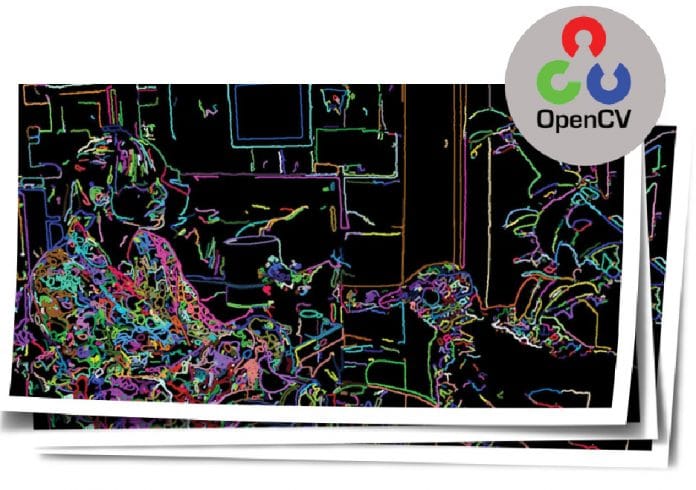 Catch up with Open Source Computer Vision (OpenCV), a computer vision and machine learning software library. As it is published under the BSD licence, you are free to develop and modify the source code.

Computer vision and digital image processing are currently being widely applied in face recognition, biometric validations, the Internet of Things (IoT), criminal investigation, signature pattern detection in banking, digital documents analysis, smart tag based vehicles for recognition at toll plazas, etc. All these applications use image and real-time video processing so that the live capture of multimedia impressions can be made for detailed analysis and predictions.

The following are the key research areas in computer vision and image analytics:

There are a number of tools and libraries available to implement computer vision and image analytics. Table 1 lists these. 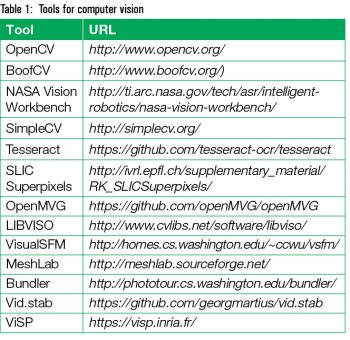 OpenCV (http://opensource.org) is a high performance library for digital image processing and computer vision, which is free and open source. It is equipped with a large set of functions and algorithms for real-time computer vision and predictive mining. OpenCV was devised and developed by Intel, and the current instances are supported by W. Garage and Itseez. It was developed so that real-time analytics of images and recognition can be done for assorted applications.

The statistical machine learning libraries used by OpenCV are:

The installation of OpenCV can be done for different programming languages including Python, Java, C++ and many others. OpenCV provides open connectivity with other platforms and programming languages, so that the algorithms of computer vision can be implemented without any concerns about compatibility or dependencies. It can be installed on different platforms including Android, Windows, Linux, BlackBerry, FreeBSD, OpenBSD, iOS, Maemo or OS X.

OpenCV has open connectivity for installation with different software suites. To integrate OpenCV with Scilab programming, use the following command:

To install OpenCV for Python, use the following code:

With the emergence and implementation of digital authentication in assorted applications, the identification of original user impressions is one of the key challenges today. Nowadays, many organisations ask for documents and certificates signed and scanned by applicants for self-attestation. This also happens when applying for new mobile SIM cards. However, imposters can take scanned signatures from any other document and put them in the required document using digital image editing tools like Adobe Photoshop, PaintBrush or PhotoEditors. There are a number of image editing tools available for the transformation of an actual image into a new image. This type of implementation can be (and often is) used for creating the new forged copy of the document, without the knowledge or permission of the actual applicant.

Figures 2 and 3 depict the process of forgery detection in a new document where the signatures are copied from another source.

The following source code written in Python and OpenCV presents the implementation of Flann based evaluation of images. OpenCV has enormous algorithms for the extraction of features in the images as well as in videos. Using such approaches, the manipulation in captured files can be identified and plotted.

It is evident from Figure 4 that the pixels have been identified in the new image (in which the signature has been copied from another source). So the marking of pixel values can be done using machine learning and inbuilt methods for prediction in OpenCV. Even if the person makes use of highly effective tools for image editing, the pixels from where the image segment is taken can be identified.