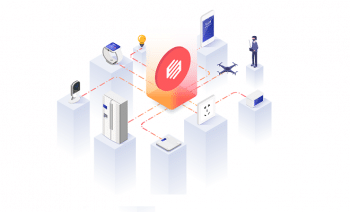 Edgeworx, an edge computing startup based in Silicon Valley, California, exited its stealth mode and made announcement about the availability of its open-source ioFog platform. Will get funding from Samsung NEXT, Sequoia Seed and CloudScale Capital Partners, also mentioned in the announcement.

As mentioned in the announcement, Edgeworx ioFog allow users “bring their own edge” by enabling any device or hardware to become a secure software platform, The company’s aim is big to hit the edge computing market.

Targeting developers, ioFog makes it simple to deploy and manage any application or containerized microservices at the edge. Edgeworx has design security for both hardware and software at the edge rather than repurposing security models originally designed for the cloud, which resolves customer’s security concern.

The ioFog platform focuses on three foundational technologies for developer:

The platform also creates a distributed trust network by constantly validating a comprehensive set of security signals to provide Pure Edge Security. Every device secures the edge network. Instead of increasing attack surface, users get an increased defense surface.

“A long time in the making, we are pleased to announce the availability of our ioFog platform. With the Eclipse brand behind us and its five-million developer community, we are now able to provide a horizontal application platform that works in any industry, for any solution, on any device, while developers build the vertical applications,” said Kilton Hopkins, co-founder and CEO of Edgeworx. “ioFog makes it so simple that any developer can write and deploy microservices for the edge in an afternoon.”

“Edgeworx is solving the most critical challenges faced when attempting to deploy secure applications at the edge without re-inventing existing cloud apps,” said Dr. Hossein Eslambolshi, technical advisor to Facebook and an Edgeworx investor with CloudScale. “Edgeworx is doing for the edge what Android did for mobile phones,” added the former CTO and CIO of AT&T.

“At Samsung NEXT, we believe the trend towards decentralization will have a profound effect on vertical markets by accelerating adoption of edge computing and IoT technology in industries,” said Raymond Liao, a managing director of Samsung NEXT Ventures. “Edgeworx’s edge computing platform builds on this belief, enabling the ioFog open source developers to transform their own vertical markets. With this comes great potential for those industries to be at the forefront of the next computing paradigm.”

“We believe that our open-source strategy is a differentiator at the edge. We break down the traditional IT/OT vertical silos, empowering a wave of domain experts to build and deploy novel edge applications. We are already seeing wide-scale traction with both customers and OEM partners in industries such as telecommunications, smart home, manufacturing, autonomous vehicles and oil and gas,” said Farah Papaioannou, co-founder and president of Edgeworx.

Edgeworx is an edge computing startup based in Silicon Valley. The company’s technology, the ioFog Platform, is open-sourced under the Eclipse Foundation, turning any Linux device into an edge software platform. Developers can now simply and securely deploy and manage applications and microservices at the edge. “Bring Your Own Edge” creates an intelligent, connected and secure edge.