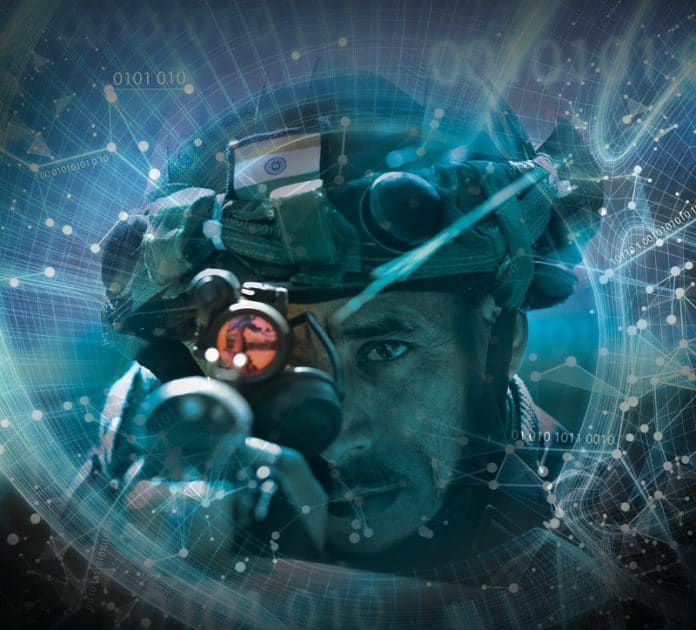 Open source software offers huge incentives to departments of defence the world over. There are the advantages of better security, lower costs, rapid development, no vendor lock-in, and so on. AI can also play a very important role in the security of a nation.

The departments of defence from across the world collectively make up the largest single employer. Apart from the soldiers who march around with rifles and boots, others work on tasks like report making, briefing the media, data management, managing large numbers of sub-contractors, etc. As such, operating management software is a necessary part of the daily life of those in the defence forces, similar to the data entry and cash handling clerks in a bank.

Apart from the cost, there are two other factors that influence a military’s decision to opt for open source code. First, technology outside the military system simply advances faster than technology within it. By using open source tools, the defence department can adopt those advances almost as soon as the code hits the Web, without going through the extra stage of the procurement process. Second, open source software is more secure than closed source software, by its very nature. The code is continuously scrutinised by countless users across the world and any weaknesses are flagged, shared and fixed immediately.

The US Department of Defence has been incrementally adopting open source software to improve efficiency and reduce costs. The Defence Digital Service (DDS) is a part of the US Digital Service. It was started in 2014 under the Obama administration and has been continuing its work since then.

Why should open source software be used for defence systems?

Some of the benefits of using open source in defence systems are listed below.

Recently, the US government has launched the code.gov website, which has an option called Help wanted in its menu. Here it lists various areas where help is needed for certain defence projects.

Some computer specialists today argue that defence departments need to embrace open source. Otherwise the military will lose its technological superiority. The departments of defence need to move past the myths around open source code, and dispel all the misconceptions.

Today, open source software is used in the Pentagon, which clearly means that open source is not insecure. Open source licensing terms do not require that any changes to code have to be shared publicly.

Every country has its own policies regarding the use of open source in the defence sector. Many local, regional and national governments are engaged with open source software communities.

The National Resource Center for Free and Open Source Software (NRCFOSS) is an initiative of the Department of Information Technology in India. It was set up in Chennai in April 2005 with the twin objectives of bridging the digital divide and strengthening Indian industry as well as its defence and space sectors.

A report on the use of FOSS by the US Department of Defence was published in 2003, by the MTRE Corporation. This report helped to end a debate about whether FOSS should be banned from US defence systems. FOSS offers many compelling benefits to a nation, especially one with limited resources.

Today the US Department of Defence uses open source software successfully but not frequently, and mostly on a need basis. A tool that automates aviation mission planning tasks uses open source software. Databases to manage the holdings of the US Army Historical Collection also use FOSS. In fact, the National Security Agency of the US created its own GitHub page and DARPA developed its own open source catalogue. Using platforms such as operating systems, databases, middleware and toolkits allows the US Department of Defence to develop and maintain software more quickly and flexibly than other types of proprietary software. For example, the Persistent Close Air Support System developed by DARPA (Defence Advanced Research Projects Agency) runs on Android. General Atomic drones, including Predator and Reaper, and ground stations operate on Linux. US defence projects such as Forge.mil and DARPA’s Memex and xDATA are excellent examples of the use of open source platforms.

Artificial Intelligence (AI) is an emerging field that could fundamentally change the character of warfare, resulting in a transformation from today’s ‘informative’ ways of warfare to future ‘intelligent’ warfare, in which AI can be used to enhance defence capabilities in the following areas:

Recently, the US has developed an AI based program to track hidden nuclear missiles developed by North Korea and other countries of the world.

For analysing drone footage, Google has partnered with the US defence department for Project Maven. This is a fast track Pentagon project, also known as Algorithmic Warfare Cross Functional Team (AWCFT), and was established in April 2017. Its main mission is to use Big Data and machine learning for drones in military operations. In total, the defence department of the US spent US$ 7.4 billion on AI in 2017. With Maven, drones now have automated detection and identification capabilities with full motion cameras and improved computer vision.

China and USA are the leading countries using AI in defence systems. In June 2017, China Electronics Technology Group Corporation, a state-owned defence conglomerate, successfully flight tested a large group of 119 drones. This is a new record. China could use this large group of drones to cheaply target high-value US weapons platforms such as aircraft carriers.

AI was even used in the Gulf War of 1991 when American forces used smart bombs. But that was just the beginning of the era of AI. Artificial intelligence is extensively used presently for diffusing bombs, detection of explosive devices, carrying equipment to the war front, etc. With the help of unmanned vehicles like drones, intelligence can be gathered and planning can be done. Drones can learn human languages, face enemy threats and give support to other robots to perform particular tasks.

The DARPA Virtual Machine Reality (VMR) system aids intelligence analysts in searching for, filtering and exploring visual media through the use of advanced computer vision and reasoning techniques. AI can be used to enhance the defence of critical military networks and information sectors, to counter offensive cyber attacks, and to improve command decision-making in cyber warfare. Cyber attacks can be detected and made less serious through pattern matching, statistical analysis, machine learning and Big Data analysis.

The extensive use of AI in militaries around the world has given rise to fears of a Terminator-like situation. There is a need for accurate AI based weapons and their ability to distinguish between friend and foe. Currently, the South Korean University has developed a Killer Robot in partnership with a leading defence company. South Korea is also developing AI based mega scale unmanned under sea vehicles, AI based smart aircraft training systems, etc. It has also developed an AI based fully autonomous combat robot which is capable of detecting targets up to 3km away.

North Korea is one of the seven nations generally regarded as a cyber power. It is capable of messing around with the information systems of other countries. In September 2016, North Korea Intelligence Services stole a huge batch of classified US and South Korean military plans — including a plan to assassinate North Korea’s leader Kim Jong Un and other top government officials. So it is necessary for the defence department of a nation to keep its defence sources safe from cyber attacks with the help of AI.

It isn’t difficult for a country’s defence system to adopt changing technologies as long as there is the intent and commitment to do so. The government of any country today cannot afford to ignore the important role open source software and AI can play in defending its people from aggressive foreign powers.