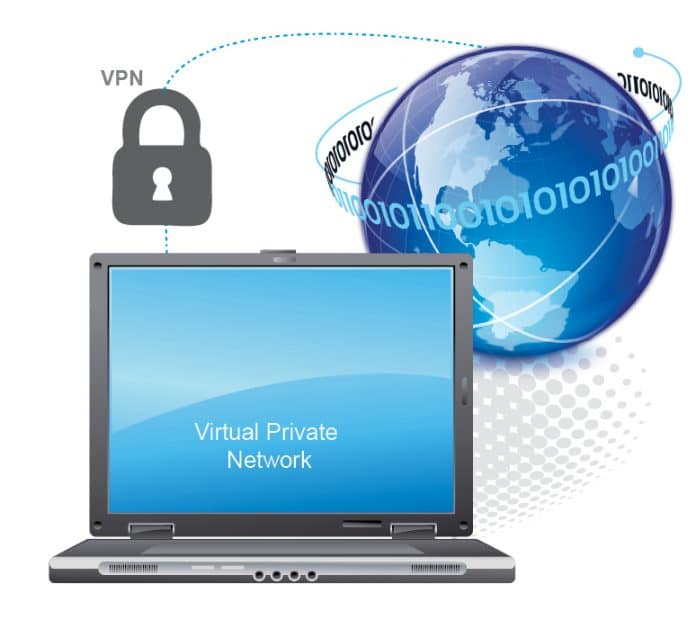 A virtual private network (VPN) acts as a secure tunnel, which extends over a public or shared network, so that data can be exchanged anonymously and securely across the Internet, just like using a private network. In this article, sysadmins can get an insight into the best free and open source VPN tools available.

With the explosive growth of the Internet, the one main thrust of every IT organisation is to exploit it to the maximum to further business interests. Initially, companies used the Internet to promote their products, brand image and services through corporate websites. But the Internet today is visualised as a platform with limitless possibilities. The focus has shifted to e-business, whereby the global reach of the Internet is used for easy access to key business applications and data that resides in traditional IT systems. Companies are looking for the best solution to securely and cost-effectively extend the reach of their applications and data across the world. While Web-enabled applications can be used to achieve this, a virtual private network (VPN) offers a more comprehensive and secure solution.

VPNs securely convey information across the Internet connecting remote users, branch offices and business partners to an extended corporate network. The basics of a VPN are highlighted in Figure 1.

A VPN is an extension of an enterprise’s private intranet across a public network such as the Internet, creating a secure private connection, essentially through a private tunnel.

The VPN definition can be split as follows.

VPNs can be classified into the following two main categories:

Site-to-site VPN: This allows offices in multiple fixed locations to establish secure connections with one another over public networks such as the Internet. A site-to-site VPN extends the company’s network, making computer resources from one location available to employees at another. It is also called router-to-router VPN.

Site-to-site VPNs are categorised into the following two types.

A VPN primarily depends on how it is used and how much security, performance and uptime is required by specific users. A VPN has many protocols, which enable users to communicate between sites, cloud based vendors, streaming services and even gaming servers.

The following are the basic protocols for VPNs.

So, considering the adaptability of VPN, lots of VPN services have been created to address the increasing need to create custom VPN connections.

In this article, we list the top open source tools available for sysadmins to create their own VPNs.

Algo VPN is open source software that’s specially designed for self-hosted IPSec VPN services. It was designed by the folks at Trail of Bits for fast deployment, using modern protocols and ciphers to enhance security. It comprises a set of Ansible scripts for easy setup by systems admins for creating personal IPSec based VPNs. Algo automatically deploys an on-demand VPN service in the cloud that is not shared with other users.

Streisand only supports installation on the Ubuntu 16.04 server using single commands, and supports L2TP, OpenConnect, OpenSSH, OpenVPN, Shadowsocks, Stunnel, Tor Bridge and Wireguard. Depending on the protocol chosen by the user, apps can be installed. It has many features that match those of Algo, but provides more protocol support for sysadmins. Streisand is installed using Ansible, and users can be added easily using custom-generated connection instructions. It includes an embedded copy of the server’s SSL certificate.

OpenVPN is a free and open source, cross-platform VPN software application to help systems administrators to create point-to-point and site-to-site connections in routed or bridged configurations and remote access facilities. It adopts a custom security protocol that uses SSL/TLS for key exchange. OpenVPN can traverse firewalls and NAT firewalls, allowing users to bypass gateways and firewalls that might otherwise block connections.

The two versions of OpenVPN available are:

PriTunl is an open source VPN server-cum-management panel designed by BeyondCorp that enables systems administrators to create a cloud VPN with secure encryption, complex site-to-site links and gateway links. It also provides remote access to users in a local network via a Web interface. It makes use of the OpenVPN protocol to run a VPN server, and uses the Let’s Encrypt certificate to secure the VPN server and Web GUI. It uses MongoDB at its backend to store all data.

It features up to five authentication layers, a fully customised plug-in integration system, is cross-platform and provides support for OpenVPN clients and AWS VPC networks.

strongSwan is an open source multi-platform IPSec implementation proposed by Andreas Steffen at the University of Applied Sciences in Rapperswil, Switzerland. This VPN solution implements both IKEv1 and IKEv2 key exchange protocols, and uses UDP encapsulation and port floating for NAT-traversal. It supports the Online Certificate Status Protocol, message fragmentation, and modular plugins for crypto-algorithms; it also supports OSCP, CA as well as RSA private keys and X.509 certificates. It is supported by all native clients like Linux, Windows, Mac OS X, FreeBSD and Blackberry OS.

WireGuard is a multi-platform, open source, simple, fast and most easy-to-use VPN solution available for sysadmins. It uses modern cryptography. It is better than IPSec and OpenVPN in terms of configuration, performance and usability. It is easy to use like SSH, and a VPN connection is developed by simply exchanging public keys, while everything else is handled by WireGuard.

WireGuard implements VPN techniques to create secure point-to-point connections in routed or bridged configurations, and it runs as a module inside the Linux kernel. A process called cryptokey routing is at the heart of WireGuard encryption. The mechanism works by associating public encryption keys with a list of VPN tunnel IP addresses that are allowed inside the tunnel. A unique private key and a list of peers are associated with each network interface. Each of the peers has a short and simple public key, used to authenticate it with other peers. These public keys may be distributed for use in configuration files in a number of ways, much like the transmission of SSH public keys.

In any server configuration, each peer (client application, etc) can send packets to the network interface with a source IP address that matches its corresponding list of permitted IP addresses. When the network interface wishes to send a packet to a peer, it looks at the destination IP of the data packet, and compares it to each peer’s list of permitted IPs, in order to determine which peer to send it to.

FreeLan is an open source, multi-platform, peer-to-peer VPN software with no GUI but is packed with a multitude of features that allow users to surf the Web anonymously. It implements a peer-to-peer, full mesh VPN to create secure site-to-site and point-to-point connections in routing or bridged mode.

FreeLan uses the Open Secure Sockets Layer (OpenSSL) library to provide encryption of both the data and control channels. It can be configured in the following three ways.