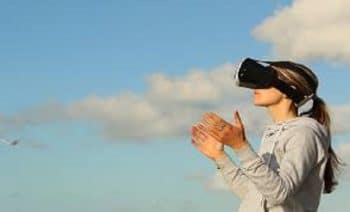 Facebook has open-sourced DeepFocus, an AI powered framework for improving focus on close objects, to help others in the virtual reality (VR) research community.

The core technology behind DeepFocus is a novel end-to-end convolutional neural network that produces an accurate retinal blur as soon as the eye looks at different parts of a scene.

In a recent blog post, Facebook research team explained, “When someone wearing a DeepFocus-enabled headset looks at a nearby object, it immediately appears crisp and in focus, while background objects appear out of focus, just as they would in real life. This defocused blur (also known as retinal blur) is important for achieving realism and depth perception in VR.”

They also claimed that DeepFocus is the first system that can produce this effect in real time for VR applications.

DeepFocus is compatible with all existing VR games and applications

As research into new VR headset technologies advances, the Facebook team believes that DeepFocus will be able to simulate the accurate retinal blur needed to produce extremely lifelike visuals.

“The platform also demonstrates that AI can help solve the challenges of rendering highly compute-intensive visuals in VR. DeepFocus provides a foundation to overcome practical rendering and optimization limitations for future novel display systems,” they wrote in the blog.

The team noted that as DeepFocus relies only on standard RGB-D colour and depth input, it can work with nearly all existing VR games and applications.

It is also compatible with all three types of accommodation-supporting headsets currently being explored in the VR research community: varifocal displays (such as Half Dome), multifocal displays and light field displays, they said.

The source code, network models and data sets for DeepFocus can be found in Facebook Research’s GitHub repository.