The university is also partnering with other colleges to encourage adoption of the open-source software. 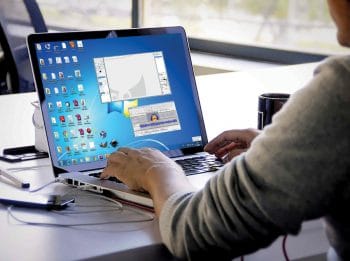 With an aim to promote ‘learning engineering’, Carnegie Mellon University (CMU) has decided to release dozens of the digital-learning software tools it has built over more than a decade under an open-source license.

Learning engineering is the practice of applying findings from learning science to college classrooms. Herbert Simon, who was a professor at CMU and won a Nobel Prize in economics in 1978, was one of the earliest proponents of learning engineering. He had strongly advocated the need for colleges to improve their teaching by applying scientific approaches in the classroom, way before smartphones, Google or even the internet existed.

The tools slated to be open-sourced include the university’s pioneering adaptive-learning project, the Open Learning Initiative, as well as a learning analytics platform LearnSphere.

Officials estimate that developing the software has cost more than $100 million in foundation grants and university dollars.

CMU to partner with other colleges on this new initiative

Bier is hoping that by running Open Learning Initiative software and other teaching tools as open-source projects developed by universities, they can “keep things rooted in the research that’s driving its effectiveness.”

Some of the software that CMU plans to release as open source were already free to download, but until now the source code was not made available.

Once the software moves an open-source model, colleges can fully customize it, said Kenneth R. Koedinger, a professor of human computer interaction and psychology at Carnegie Mellon.

The university is also partnering with other colleges to encourage adoption of the open-source software.

“Like Herb Simon said, we need to change higher ed from a solo sport to a collaborative research activity,” added Koedinger.

(With inputs from EdSurge)