The voting system will be fully verifiable and transparent results, allowing voters to check if their votes were recorded accurately 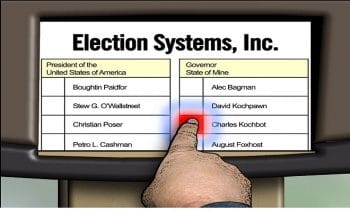 The US Defense Department’s Defense Advanced Research Projects Agency (DARPA) has launched a new $10 million contract to design and build a secure voting system that it hopes will be impervious to hacking.

As reported by Motherboard, the first-of-its-kind system will be designed by Oregon-based tech firm Galois.

DARPA promises that the voting system will be designed to create fully verifiable and transparent results, allowing voters to check if their votes were recorded accurately.

It says that the system will run on fully open-source voting software, instead of the proprietary software currently used most of the voting machines. It will be built on open-source hardware made from DARPA’s own secure designs and techniques, developed over the last year

“DARPA was searching for a sexy demonstration for the [secure hardware] program. What could you put on secure hardware that people would care about and understand?” Joe Kiniry, principal scientist at Galois, told Motherboard.

Linton Salmon, program manager in DARPA’s Microsystems Technology Office who is overseeing the project, added, “We wanted something where there could be a lot of people who could look at this in an open way and critique it and find problems.”

DARPA and Galois plan to publish source code for the software online and release prototypes of the systems this summer.

This is to allow hackers and researchers to examine the systems themselves and conduct penetration tests to gauge their security, they said.

DARPA and Galois will also be working with a number of university teams over the next year to have them examine the systems in formal test environments.