In addition to reusing and adapting the code in their own apps, users can also participate in the development of Windows Calculator, says Microsoft. 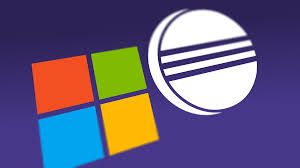 Microsoft has taken its commitment to open source ideology even further by making the source code for its Windows Calculator available on GitHub.

By open-sourcing the project, the software maker aims to “build an even better user experience in partnership with the community.”

“Today, we’re excited to announce that we are open sourcing Windows Calculator on GitHub under the MIT License. This includes the source code, build system, unit tests, and product roadmap,” Microsoft wrote in a blog.

In addition to reusing and adapting the code in their own apps, users can also participate in the development of Windows Calculator, the company said.

Contribute to development of Windows Calculator

“Reviewing the Calculator code is a great way to learn about the latest Microsoft technologies like the Universal Windows Platform, XAML, and Azure Pipelines. Through this project, developers can learn from Microsoft’s full development lifecycle, as well as reuse the code to build their own experiences. It’s also a great example of Fluent app design. To make this even easier, we will be contributing custom controls and API extensions that we use in Calculator and other apps, to projects like the Windows Community Toolkit and the Windows UI Library,” the company added.

The source code is now available on GitHub.