Cloud services users that have functions running in AWS can now trigger workloads within Knative. 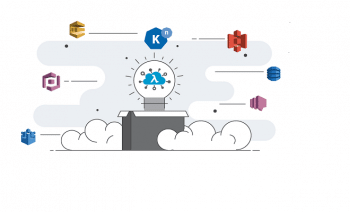 TriggerMesh has released their latest open-source project, Knative Lambda Sources (KLASS) on Github. KLASS are event sources that can be used to execute a Knative function in a Kubernetes cluster.

This enables AWS events to be consumed within a multi-cloud or on-premise environment.

The sources consist of Go event consumers for various AWS services. Most of them are packaged as Container Sources and make use of CloudEvents.

Portability is a top concern for serverless users

According to the data from The New Stack’s 2018 Serverless Survey, portability is the number one area that concerns serverless users.

“The migration from one infrastructure to another should be easy. In addition, we think that triggering functions across clouds is equally important,” Hinkle said.

TriggerMesh is also working on TriggerMesh Cloud which they claim is a complete serverless lifecycle management platform.

This platform will allow developers to do a lot of useful things like source control integration, menu driven web console, Kubernetes builds for versioning and cloud portability via triggers.