Each year, CarGurus intends to fund donations under the Open Source Fund to open source projects reaching more than $100,000. 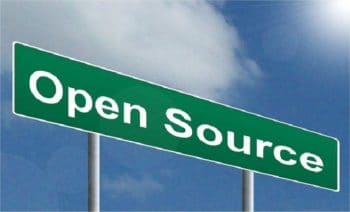 Leading automotive marketplace, CarGurus, has announced the launch of the CarGurus Open Source Fund (OSF), an employee-driven charitable initiative to give back to the open source projects that help fuel the company’s market-leading technology.

The Open Source Fund, founded by the members of the CarGurus engineering team, aims to empower engineers to choose open source projects for which they have a passion and believe are deserving of financial support.

“Open source code is critically important to how CarGurus builds its systems and products, and we benefit tremendously from the altruism of the open source community,” said Kyle Lomeli, CTO at CarGurus.

“By forming the CarGurus Open Source Fund we are able to give back to the open source projects that continue to give our team the technical tools to do our jobs at scale. We look forward to helping the open source community thrive as our engineering team grows and more employees become eligible to allocate quarterly funds,” the official added.

Through the OSF, the US -based company wants to show an appreciation and fulfill a responsibility to support the open source community so that other technology companies can continue to have the same opportunity to innovate and grow.

Open source projects will be nominated on a quarterly basis based on their significance to either CarGurus and/or its employees. Once nominated, an internal committee will oversee the finalists and determine donation distribution.

The quarterly allocation will be based on the number of participating employees and will increase as the team grows. Each year, CarGurus intends to fund donations under the OSF to open source projects reaching more than $100,000.

The company asserted that because of the volume of projects that CarGurus develops using software from the Apache Software Foundation, these projects will be receiving a donation of more than $12,000.

By contributing a significant amount to Apache, CarGurus will also become a foundation sponsor.