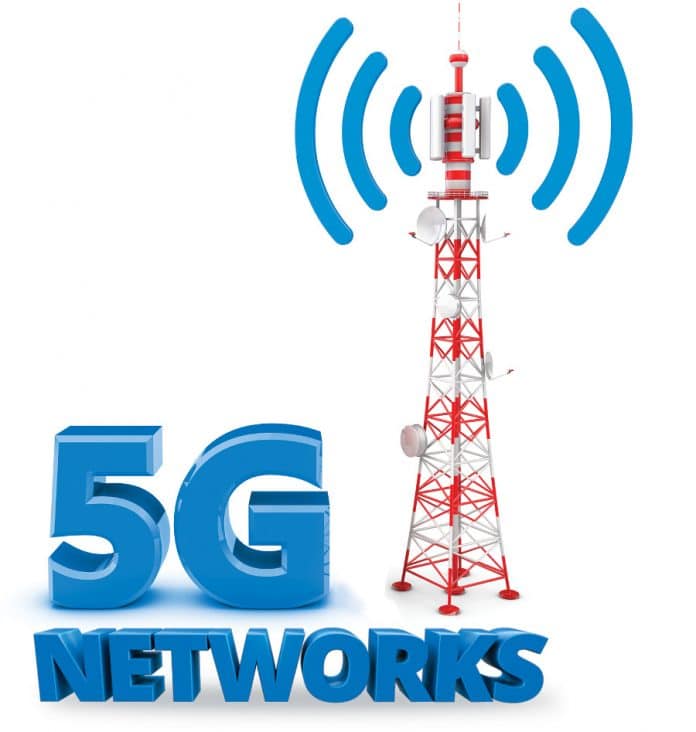 5G is the fifth generation of mobile cellular technology. There are both high expectations from and fears about this technology. Generally, it is expected that communication will be speedier with 5G technology, with speeds of up to 10Gbps using millimetre waves of 15GHz.

These days, most government and corporate services are available on mobile networks, and smartphones are connected with high performance 4G or 3G cellular networks. The existing technologies for smartphones as well as traditional mobile networks have evolved to the extent that mobility doesn’t affect performance, and users access the services with minimum delays and a high degree of speed. The current technologies and protocols of mobile networks are required for high efficiency as most of the services including e-governance applications, higher education services, corporate applications, stock market predictions, e-commerce, conferencing based communications, business communications, e-learning based applications, etc, are based on real-time communications.

As there are different technologies and delivery models for services offered by ISPs, there is a need to be able to predict network performance in different environments so that the behaviour of a new mobile network technology can be controlled before actual deployment in a real-time customer-facing environment.

If the new cellular network technology is deployed without simulation, it can be very dangerous for the users as well as the service providers.

Figure 1 depicts the huge growth in the usage patterns of mobile Internet up to 2022 and shows the scope for improvements in the existing cellular technologies in order to achieve a higher degree of accuracy and performance.

There are a number of tools and libraries for the prediction of mobile network behaviour, which can be used to generate virtual nodes, towers, base stations, controllers and servers. Table 1 lists prominent tools and frameworks used for network simulation. These tools and libraries can be used to test the behaviour of a new network without actually having the smartphones, devices, computers, towers and other related physical infrastructure in place.

Please note that this list is indicative and not exhaustive. Other tools and libraries can be found on the Internet.

1G: This mobile network refers to the first generation of cell phone technology for wireless communications. It focused on interactions in remote locations without any specific need for Internet and related services. 1G had analogue standards and protocols, so that at least voice based communication could be done from distant locations. The maximum speed expected from 1G communication was 2.4kbps with voice-only transmission, but there were huge packet drops or call drops with very little battery life.

2G: This network was a revolution in cell phone transmission at the time it came out, with messaging services integrated with the cellular technology. In this era, digital encryption techniques evolved so that overall communication could be made secure with a more effective spectrum of wireless transmissions. In this phase, the Short Message Service (SMS) and Multimedia Message Service (MMS) were integrated with traditional services for effective communications. There were speed constraints in 2G — up to 50kbps using General Packet Radio Service (GPRS) technology.

3G: Wireless communication using 3G technology was another revolution that integrated smartphone technologies with video downloading, e-mails and multimedia – at a speed of 2Mbps. The associated versions were 3.5G and 3.7G, with higher speeds for multiple corporate applications. 3G cellular technology offered high speed download packet access along with a higher degree of performance.

5G: The technology associated with 5G cellular networks is quite sophisticated with a higher degree of accuracy and minimum delay. 5G networks are expected to have a tremendous speed of up to 10Gbps with very little downtime.

The mmWave module integrates the following features for 5G technologies, which can be used in simulated environments:

To configure and build ns-3 from the ns-3-dev folder, the following command is used:

To integrate the Python programming, the following command is used:

The mmWave module is available with the ns-3 network simulator so that the simulation of the 3rd Generation Partnership Project (3GPP) cellular network scenarios can be simulated to test multiple factors and parameters. The ns-3 network simulator is available at the official link https://www.nsnam.org/ that provides the implementation patterns of advanced and next generation networks with the integration of numerous protocols and algorithms.

The installation of ns-3 can be done on Linux operating systems. On Windows, there is need to install ns-3 using virtual machines. The ns-3 network simulator is a widely used discrete event simulator for network environments. Earlier, the use of the ns-2 network simulator was quite common, but there were many limitations in implementing recent protocols and algorithms. The ns-3 mmWave module simulates Long Term Evolution (LTE) based networks, so that the performance and behaviour of networks in 5G and upcoming generations can be predicted.

Using the ns-3 network simulator, a mobile network can be formed with mobile nodes in 4G, 5G or similar network environments. With the integration of the graphical user interface (GUI) in ns-3, the formation and behaviour of the network can be viewed. A number of attacks can be simulated using mmWave with ns-3. The following are some of the network assaults that can be simulated for different scenarios with multiple mobile nodes on cellular networks.

Mobile node imitation and the Sybil attack: In this type of network assault, similar types of nodes are created to disguise the servers. Using mmWave ns-3, the simulation of Sybil or node imitation attacks can be done so that any similar future attempt on a 5G network can be avoided.

Distributed Denial of Service (DDoS) attacks: This type of assault attempts to jam the network with distributed packets from multiple points or sources. It can be simulated using mmWave ns-3 so that the resource depletion in a 5G network that will choke the network can be predicted. Once the threshold of maximum users or traffic is analysed, a preventive algorithm can be developed for the network.

Application level attacks: This refers to the application or front-end level injection of packets to damage the network environment. In the traditional way, application level attacks are implemented by injecting malicious packets to the network channels so that confidential information can be accessed or damaged. The mmWave ns-3 module provides the libraries and code snippets for the simulation of such assaults.

The simulation of resource constrained environments is a very important task as a huge cost is associated with actual implementations. In case of cellular or wireless networks, there is need to integrate numerous resources including towers, base stations, smartphones, computing devices, servers, etc. It is very difficult to test an upcoming next-generation network using actual devices and infrastructure. For such test implementations, simulation needs to be performed so that the behaviour of a hypothetical network with a varying number of nodes can be predicted. There are many network simulation tools and libraries that can be used to drag and drop towers, mobile handsets, smartphones, storage services, etc. Using such simulators, the behaviour of a network can be predicted. The parameters to be evaluated include security, energy, power, battery consumption, integrity, and many others.