The organizations will be collaborating on common projects spanning across a range of technologies, including those focused on NFV, MANO, AI and edge computing. 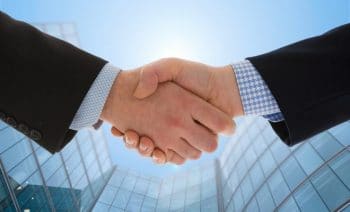 The Linux Foundation, the nonprofit organisation enabling mass innovation through sustainable open source, signed a memorandum of understanding with European Telecommunication Standards Institute (ETSI), the independent organisation providing global standards for ICT services across all sectors of industry, to bring open source and standards closer and foster synergies between them.

The organizations believe that the formal collaboration agreement will enable faster information-sharing and deployment of open networking technologies across the industry.

The formal link between communities of experts will encourage and enable collaborative activities, joint communication, promotion and events, as well as potential common initiatives related to interoperability and conformance testing, they said.

Areas of mutual interest between ETSI and the Linux Foundation span across a range of technologies, including those focused on NFV, management and network orchestration (MANO), artificial intelligence (AI), and edge computing.

ESTI has its Edge Computing group, and the Linux Foundation earlier this year launched its own edge computing initiative, called LF Edge, that now serves as an umbrella organization for the foundation’s edge projects including Akraino.

Besides, ETSI has its Industry Specification Group for NFV (ISG NFV), while the Linux Foundation has several open networking projects that seem to overlap with ETSI’s efforts including OpenDaylight (ODL), Open Network Automation Platform (ONAP), and Open Platform for NFV (OPNFV).

They will be collaborating on these common projects. The organizations’ similar groups “will remain separate entities but will continue to collaborate,” a Linux Foundation spokesperson told SDxCentral.

“Open Source has been part of our working methods and our technical groups, Open Source MANO being an example, for several years now. Further collaboration provides the standards community with a quick feedback loop on how our specifications are being implemented,” asserted Luis Jorge Romero, Director-General, ETSI.